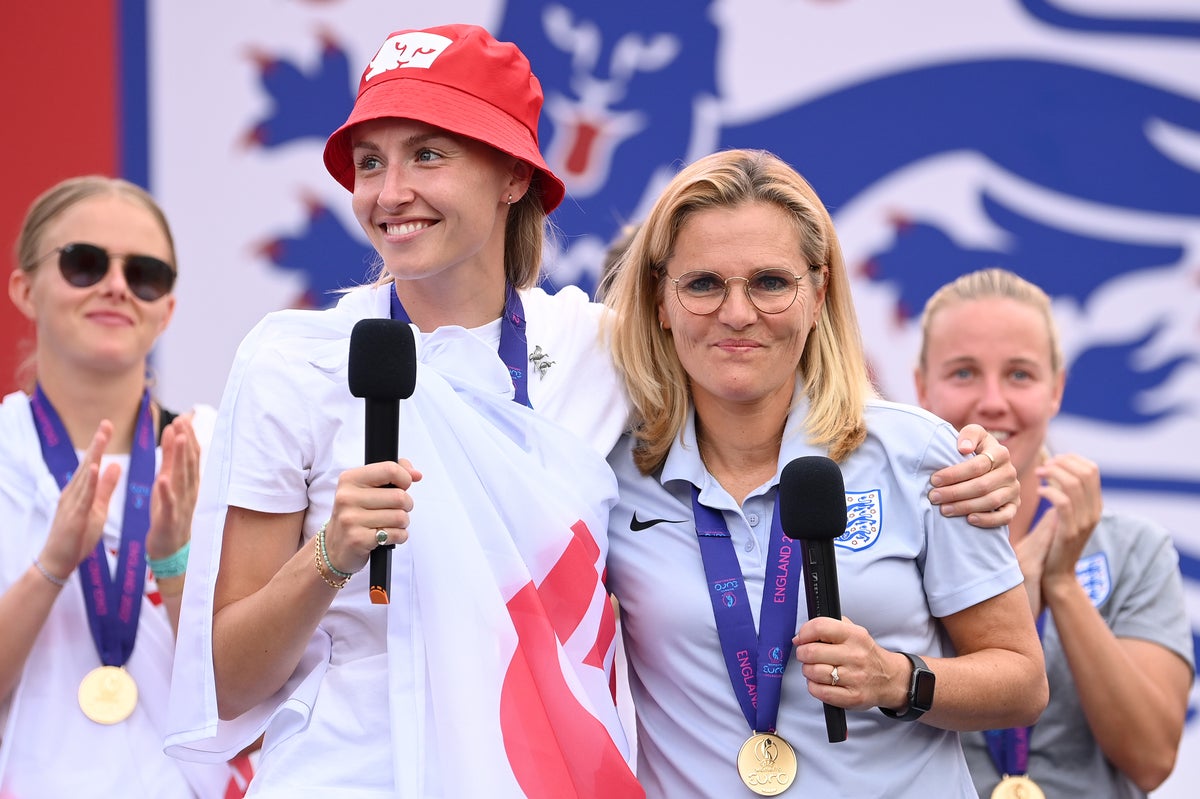 In a letter signed by the entire squad of 23 players, the Lionesses insist their first major tournament success, watched by nearly 90,000 at Wembley and a peak audience of more than 17 million at home, is “only the beginning” in their bid to bring about societal change.

Referencing the fact only 63% of girls are currently able to play football in PE lessons at school, the England squad urged the country’s next Prime Minister to remove the obstacles currently preventing all those inspired by the Euro 2022 campaign from taking up the sport.

“We ask you and your government to ensure that all girls have access to a minimum of 2hrs a week PE,” the letter, shared by the players on social media, said.

“Not only should we be offering football to all girls, we also need to invest in and support female PE teachers too. Their role is crucial and we need to give them the resources to provide girls’ football sessions. They are key role models from which so many young girls can flourish.

“We want their dreams to also come true.”

Ticket sales for Women’s Super League matches have spiked since England’s win over Germany on Sunday, while there has also been a huge response to the Lionesses’ match against the USA later this year.

More than 65,000 tickets have already been sold in less than 24 hours for the Wembley clash, and the Lionesses want to ensure that momentum is carried into schools.

The letter continued: “This is an opportunity to make a huge difference. A change that will impact millions of young girls’ lives.

“We – the 23 members of the England Senior Women’s Euro squad – ask you to make it a priority to invest into girls’ football in schools, so that every girl has the choice.”