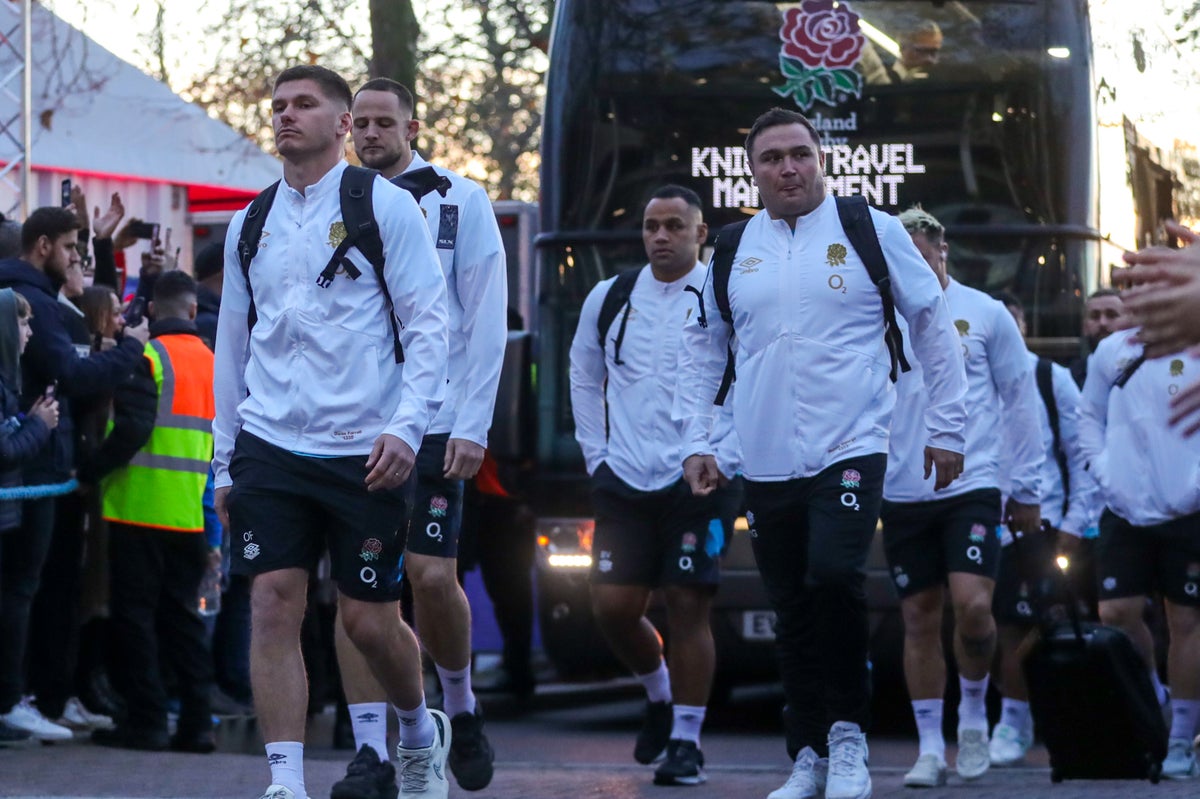 The All Blacks head to Twickenham this evening for the headline Test of England’s Autumn Nations Series. It is the first time the two nations have faced off since a memorable 2019 World Cup semi-final in Yokohama, when a perfect display from Eddie Jones’ side produced a remarkable 19-7 victory. New Zealand have not visited Twickenham since erasing a 15-point deficit in a narrow rain-drenched triumph in 2018.

Those are the only two matches in the last eight years and memories of England’s rousing 2012 success are sure to come flooding back with the return of Manu Tuilagi, who is recalled by Jones today along with Jack Nowell and Billy Vunipola. Captain Owen Farrell earns his 100th cap as the hosts look to make a statement ahead of a showdown with the Springboks after bouncing back from a shock defeat by Argentina to run seven tries past Japan last weekend.

Ian Foster’s All Blacks, meanwhile, have endured an uncharacteristically inconsistent 12 months but after wins over Japan, Wales and Scotland can complete a headline northern hemisphere sweep here ahead of next year’s World Cup in France. Follow England vs New Zealand live below, with expert analysis from Nick Purewal at Twickenham.

All Blacks icon Dan Carter is on punditry duty alongside ex-England captain Dylan Hartley and believes it is the sense of rarity behind today’s game that makes it such a terrific occasion.

He also believes that New Zealand’s burning desire to avenge that humbling loss in Yokohama will give them the extra edge this evening.

“It’s been too long between games and that’s why I think this game is going to be an absolute cracker. That scarcity brings extra excitement,” he said this week.

“There’s also the extra excitement after what happened in 2019 when England completely outplayed the All Blacks. That hurt and will have hurt a lot of the players who are involved that day.

“When you have a defeat like that, the one thing you want to do is play against that opposition again, but we haven’t been able to do that for so long.

“Knowing some of the players who were involved in that game, there will be some some personal motivation going on there.

“There are players who have been a part of successful World Cups for New Zealand in 2011 and 2015, so being part of a losing World Cup team really does hurt. They will have have an extra edge for this game.”

A rousing reception for the England players as they arrived at HQ a little earlier on….

This is just the second meeting between two powerhouses of global rugby since 2014.

Chris Ashton and Dylan Hartley tries looked to have set England up for a famous win on the All Blacks’ last trip to Twickenham four years ago, only for a Damian McKenzie score and Beauden Barrett’s boot to erase a 15-point deficit in a gruelling 16-15 New Zealand win in the swirling rain. Sam Underhill’s late, late try was controversially chalked off that day.

And no English rugby fan will need reminding of the last meeting in Yokohama in 2019, when England were absolutely inch-perfect to seal a first World Cup final berth for 12 years 19-7, with Tuilagi crossing the whitewash and four penalties from the boot of George Ford.

England’s only other win over the All Blacks since 2003 came in December 2012, when Stuart Lancaster’s men, inspired by Tuilagi, ran out 38-21 victors on one of the greatest Twickenham days.

Overall, England have won just eight of 42 past contests, with 33 New Zealand wins and one draw. Jones has mentioned that 19 per cent success rate once or twice this week…

The All Blacks check in…

Eddie Jones: England will ‘go after’ All Blacks today

The All Blacks are obviously one of the most feared outfits in all of team sport, but this has been a very up and down 12 months or so by their usual high standards.

They have reeled off six straight wins to claim their latest Rugby Championship crown and stand on the verge of a northern hemisphere autumn sweep, but only after former Ireland boss Joe Schmidt stepped up from independent selector to influential attack coach and tactician to help out the under-fire Ian Foster, who was expected to be replaced by Crusaders coach Scott Robinson after a summer series loss to Ireland on home soil coupled with defeats by Ireland and France last autumn and a first home loss against Argentina.

That previous run of six losses from eight games certainly points to a current New Zealand iteration that are far from infallible, with Eddie Jones insisting all week that England will go for the jugular today in a challenge that he believes is certainly not ‘mission impossible’.

“Everyone’s excited. This is like if you’re a mountain climber going to the top of Mount Everest,” he said.

“New Zealand are historically the most successful team in world rugby and the team you want to play against.

“It takes a massive effort to beat them and our players understand that. We’re prepared for it. We’re going after them, they’re not coming after us.”

A spot of late winter sun has given way to darkness at Twickenham, where we are set for a cracking atmosphere under the lights this evening…

Will England answer the Haka?

As usual, there has been a lot of talk in the build-up to today’s showdown about how exactly England are going to deal with the Haka.

They famously formed a V-shape around it before that unforgettable World Cup semi-final in Yokohama in 2019, leading to a fine from World Rugby.

The likes of forwards coach Richard Cockerill have called for players and fans to stand up again to a tradition that he described as having become “a bit sterile”.

And Eddie Jones has promised fireworks at Twickenham this evening regardless.

“The fans can be our 24th player. The noise the crowd made against Japan last Saturday was fantastic.

“The players felt the warmth and pride that the crowd brought and now it’s our responsibility to light them up.”

Manu Tuilagi version 3.0 has been in Beta testing so far this autumn. But only Alphas defeat the All Blacks, writes Nick Purewal.

The updates and the patches are complete, and today England will find out whether a stripped-down Tuilagi still has the power to punish New Zealand.

A leaner Tuilagi is all but banned from lifting weights in a bid to end a susceptibility to soft-tissue injury. Team-mate Henry Slade and head coach Eddie Jones believe the all-new Tuilagi is meaner than ever.

The 31-year-old’s third iteration receives final release at Twickenham tomorrow, whereupon all England will hope he can recapture his physical dominance and complete a hat-trick of New Zealand humblings.

Samoa-born powerhouse Tuilagi had New Zealand running scared in 2012, only to suffer years of groin injuries. A split pubic bone nearly forced Tuilagi into retirement, but Leicester painstakingly put the hard-running centre’s body back together.

Raynal back in spotlight after Bledisloe Cup controversy

There was a late change to the officiating team for today’s contest, with Mathieu Raynal set to referee the game after Australian Nic Berry returned home for personal reasons.

Frenchman Raynal had originally only been marked down to referee Romania vs Samoa in Bucharest, having apparently seen his standing diminish in the wake of that controversial opening Bledisloe Cup Test win for the All Blacks back in September, when he punished Wallabies fly-half Bernard Foley for time-wasting during the latter stages of a tight clash in Melbourne.

An Australian penalty in front of their own posts when leading 37-34 instead turned into a New Zealand free-kick and they ended up scoring from the resulting scrum, winning the contest 39-37.

Raynal was an assistant for the follow-up clash at Eden Park and firmly stood by his decision in the aftermath.

“I had the necessary reasons to take it. I know it’s a decision that makes people talk, that makes a lot of noise, but I try to free myself from this context of pressure to make what seems to me the fairest calls.

“This is the heart of my job. And sometimes, it creates tensions, frustrations, controversies but I take responsibility for it. Things are never white or black but often grey.”