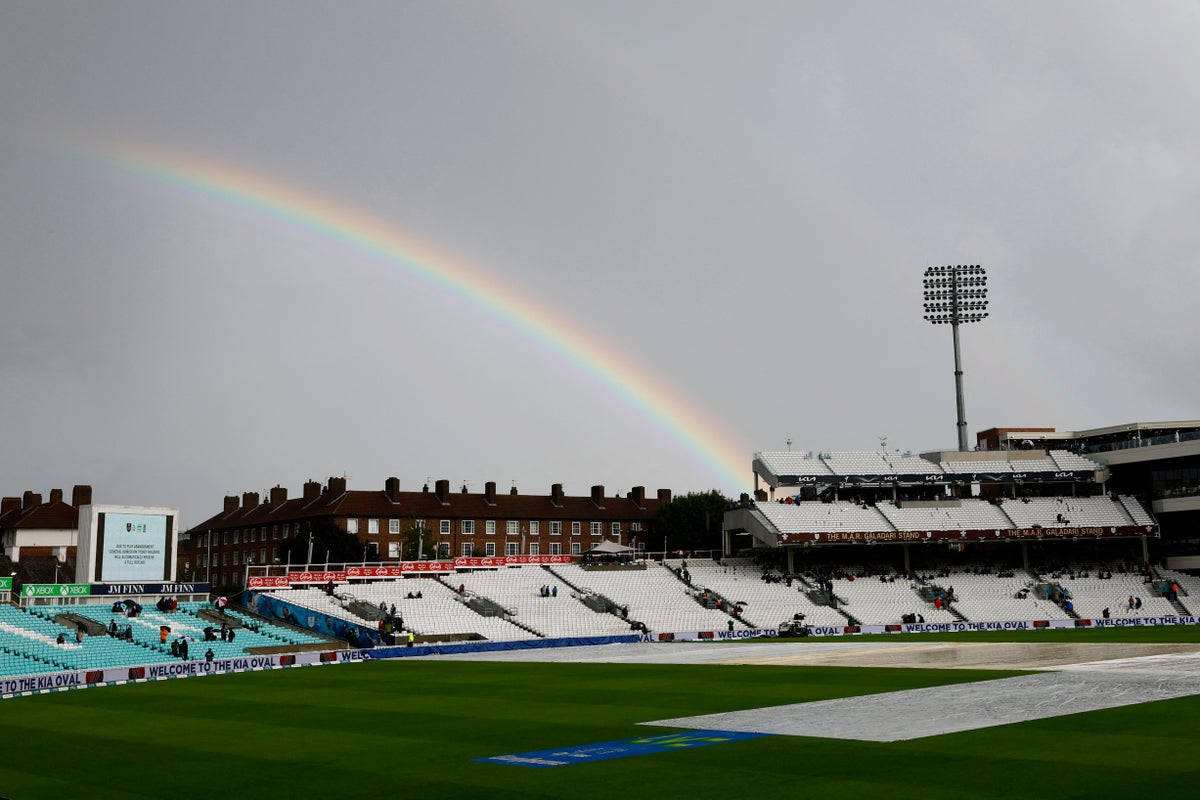 he England and Wales Cricket Board have confirmed that Friday’s play in the Third and final Test between England and South Africa at the Kia Oval will not take place following the death of Queen Elizabeth II.

The Queen died at her residence Balmoral on Thursday, with the news confirmed at 6.30pm BST.

By then, the first day of the decisive Third Test had been washed out due to south London rain. Now the game – which only got as far as England winning the toss – will be delayed further. Ticket holders will be refunded.

Whether play is possible on Saturday and beyond remains to be seen. It is understood that the ECB are working with the government and other sports to determine next steps.

An ECB statement read: “Following the death of Her Majesty Queen Elizabeth II, Friday’s play between England and South Africa Men at The Oval, along with all scheduled matches in the Rachael Heyhoe Flint Trophy, will not take place.

“For fixtures beyond Friday, updates will be provided in due course.”