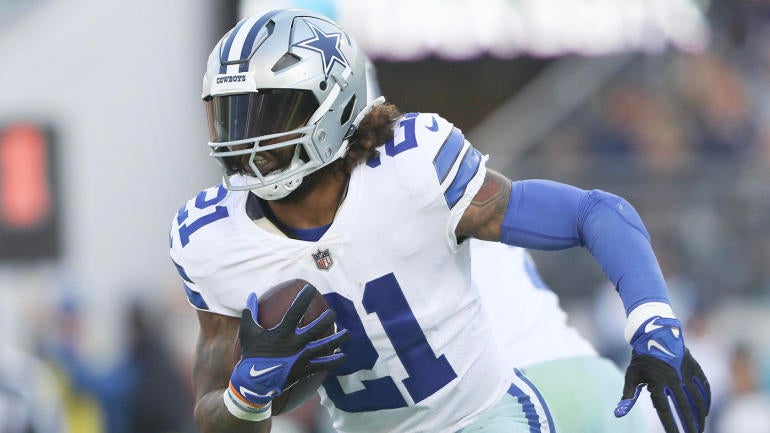 The Dallas Cowboys’ 2022 campaign came to an end on Sunday as they fell to the San Francisco 49ers 19-12 in the divisional round of the NFL playoffs. Just a week ago, the Cowboys had their sights set on their first NFC Championship appearance since 1995. Now, they are forced to quickly turn their attention to the offseason.

One decision the Cowboys will have to make in the coming months centers around running back Ezekiel Elliott. Will he stay or will he go? Back in 2019, the star rusher signed a six-year extension worth more than $90 million. There’s a potential out in the deal this offseason, however, as cutting Elliott after June 1 would leave $5.82M on the 2023 cap, but would also result in $10.9M in short-term savings, per NFL.com.

Elliott knows this, but he said after the 49ers loss that he hopes there’s a star on his helmet in 2023.

Elliott put together what was statistically the worst season of his career in 2022, as he rushed 231 times for 876 yards and averaged a career-low 3.8 yards per carry. The 27-year-old also failed to cross 260 receiving yards for the first time in his career, as he recorded just 17 receptions for 92 yards.

However, he did score 12 touchdowns, marking the fourth time he’s finished a season with double-digit rushing touchdowns.

The No. 4 overall pick in the 2016 NFL Draft out of Ohio State is a Cowboys legend. The 8,262 yards he’s rushed for ranks third in franchise history behind Emmitt Smith and Tony Dorsett, as do his 68 total rushing touchdowns. Elliott is a two-time All-Pro, a three-time Pro Bowler and two-time NFL rushing yards leader. However, the NFL is a business, and a split could come this offseason.

Where You May Find Fans – 7 Little Words

Steve _____ was a TV character known for his catch phrase…

Spot on a die or playing card Crossword Clue