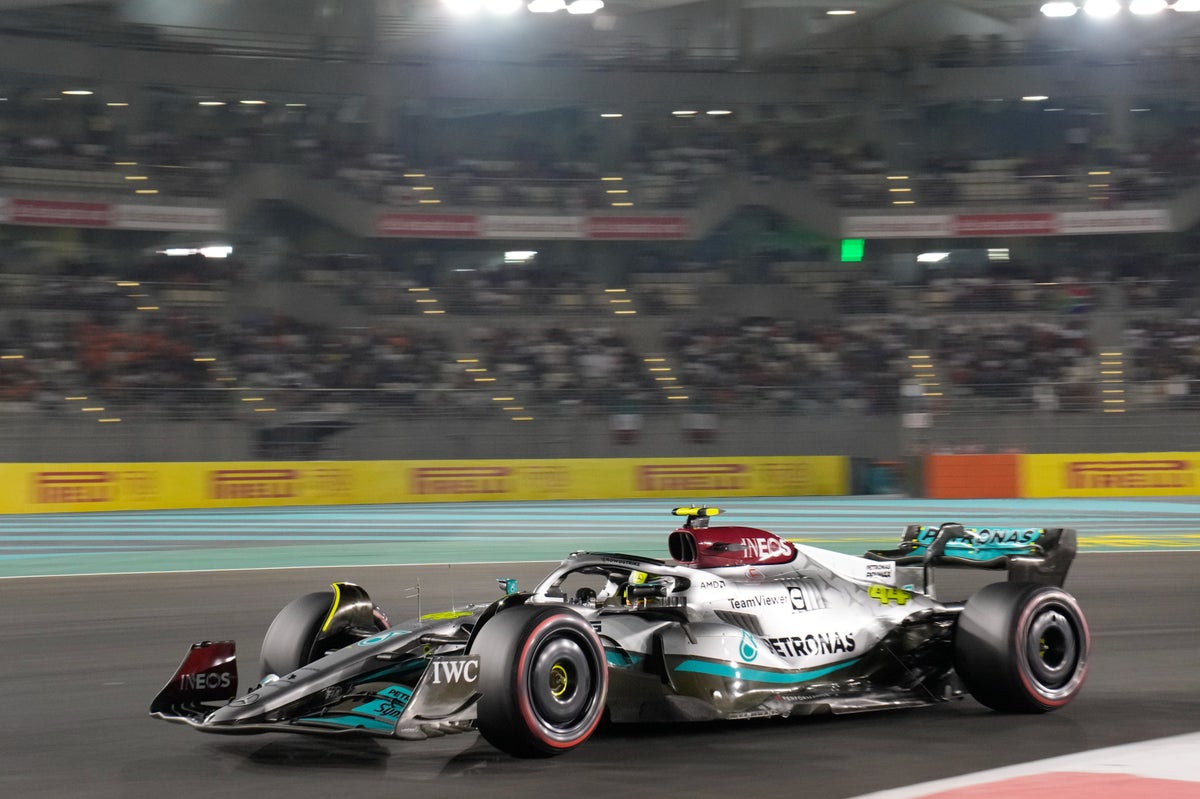 The 2022 season comes to an end today with the Abu Dhabi Grand Prix. The theme of the campaign has turned from one of curiosity over a potential title fight between Ferrari and Red Bull, which too quickly gave way to the stunning dominance of Max Verstappen.

The two-time world champion can win his 15th race of the 2022 season at Yas Marina Circuit having already claimed the record for most victories inside a single Formula One season. Therefore, it is fairly remarkable that yesterday’s qualifying session produced only his seventh pole position of the year.

Ferrari will aim to take the fight to a front row locked-out by Red Bull as Charles Leclerc battles Sergio Perez for second in the standings. Lewis Hamilton and George Russell line up fifth and sixth in the Mercedes. There is also the small matter of Sebastian Vettel’s retirement from F1. You can keep up to date with all the action via Standard Sport’s live blog!

Two by two by two on the front three rows today as Red Bull lead Ferrari, followed by Mercedes.

TV channel: In the UK, the race will be shown live on Sky Sports Main Event and F1. Coverage of Grand Prix Sunday starts at 11.30am and 12.30pm on the two channels, respectively.

Free highlights will be available to watch on Channel 4 at 5.30pm.

A helmet swap between the only drivers to bring the F1 championship to Red Bull.

Max Verstappen posts on Instagram: “Seb, you will be missed. On track, but even more for the wonderful person that you are.”

The 2023 F1 grid line-up is offically complete as Logan Sargeant secures fourth place in F2 with the feature race in Abu Dhabi.

That means he has bagged the ‘superlicence’ necessary for the American to compete in F1 next year.

Just the two points for Nicholas Latifi this year, his third and likely last in F1.

A D grade would be fair for the Canadian, who has been outpaced by Alex Albon for much of the year.

A fond farewell for Sebastian Vettel

Lots of tributes are pouring in for Sebastian Vettel on his final day as an F1 driver, including this one from old team Red Bull for the four-time world champion.

Money on the line for Haas

Mick Schumacher starts 13th with Kevin Magussen 16th for Haas in Abu Dhabi, with just a two-point margin over AlphaTauri in the battle for eighth in the Constructors’ Championship.

Each place comes with an extra slice of cash in prize money, so plenty of reason for them to target a final points finish.

A warm, genuine thanks from George Russell to his Mercedes team this morning.

It has been an oddly consistent first year for the Brit at the team, as amid their struggles he strung together a long opening stretch of top-five results and eventually his maiden F1 win.

What a year in F1 it has been. The slump and semi-revival of the sport’s dominant team, an imperious victor emerging from a title scrap that faded quickly, and a surprisingly high amount of needle inside the paddock.

Today, it all comes to an end for 2022 with the Abu Dhabi Grand Prix at 1pm GMT.

Keep it with Standard Sport for all the build-up, race action and reaction…