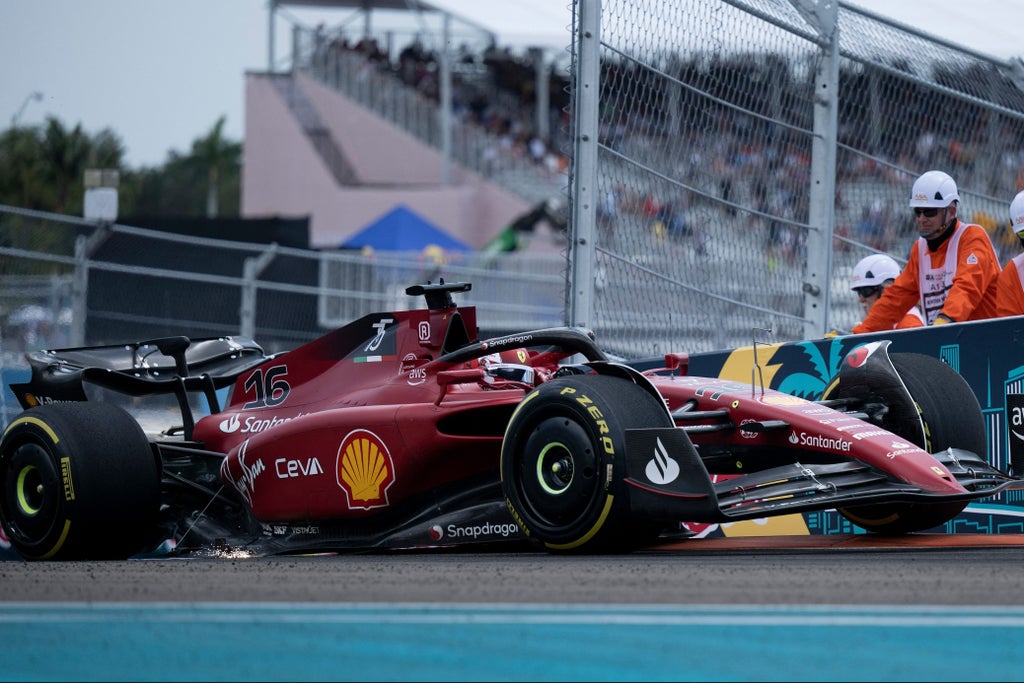 Leclerc covered the 19-turn, 3.36-mile circuit (5.41 kilometers) in 1 minute, 31:098 seconds in his Ferrari in the first of two looks at the purpose-built course around Hard Rock Stadium. George Russell was second fastest for Mercedes, which has been slow out of the gate this season with its new car.

Reigning F1 champion Max Verstappen was third and followed by Red Bull teammate Sergio Perez. Verstappen and Perez are second and third in the standings behind Leclerc.

Verstappen and Leclerc have split the first four races with two wins each as Ferrari has been incredible since it debuted its new car built under the 2022 regulations.

Mercedes, meanwhile, has struggled mightily, and team principal Toto Wolff apologized to seven-time series champion Lewis Hamilton two weeks ago for giving him an “undrivable” car. Hamilton had finished 13th, while Russell was fourth at Imola.

In the first practice at Miami, Hamilton was eighth. He showed up at the track wearing all the jewellery he could find in protest of the FIA’s crackdown on body piercings and bling during competition. The governing body for F1 says the jewellery is a safety hazard, but Hamilton said he cannot remove his piercings and was willing to miss the race.

He ultimately submitted a document to the FIA that said he’d removed everything he could ahead of first practice and was granted a temporary waiver on his earrings and nose piercing.