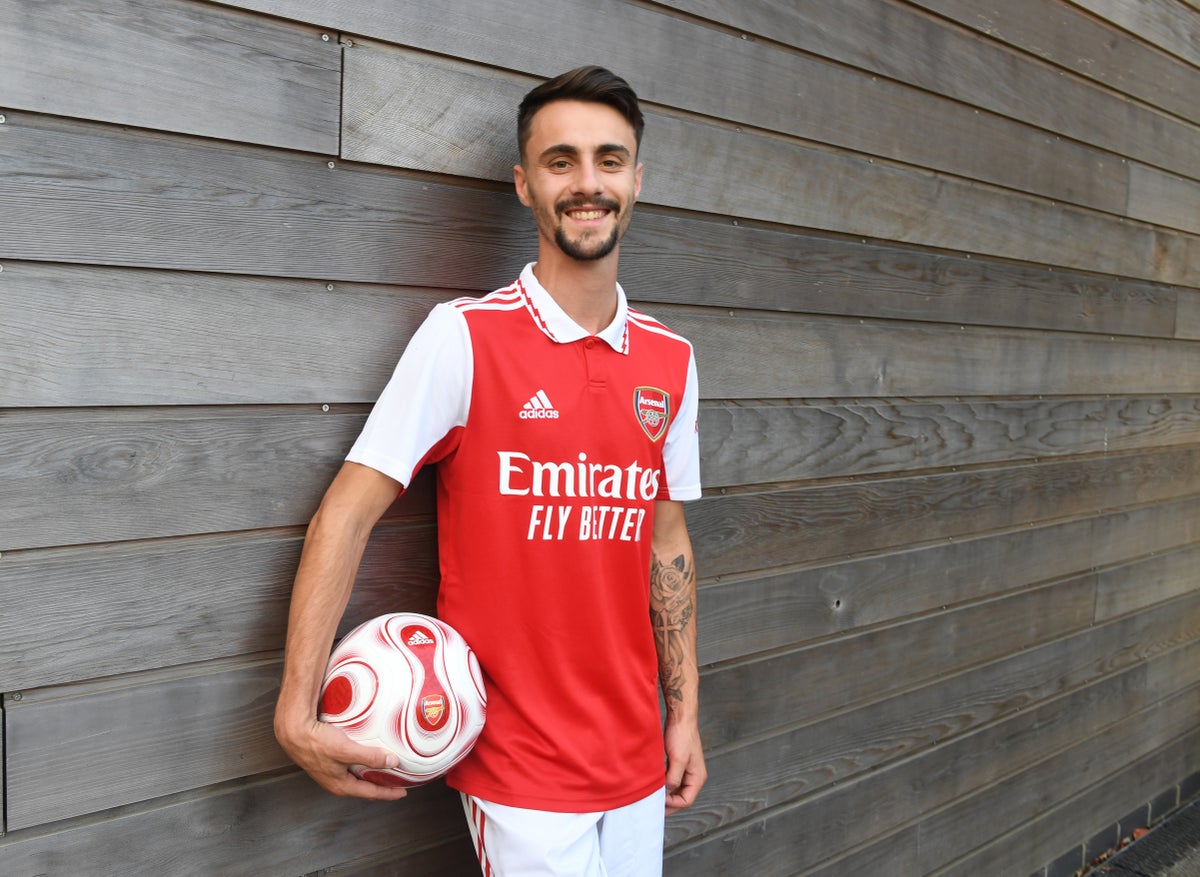 He comes from Por-tu-gal, he plays for Ar-sen-al.’ Last week, Arsenal fans began fretting about another tricky Friday night Premier League season opener, this time against a Crystal Palace side managed by their former captain, Patrick Vieira, but attention can now turn to revamping the legendary Frenchman’s old terrace song.

Fabio Vieira, the highly-rated Porto midfielder, is on his way to Emirates Stadium, after Arsenal finally confirmed the deal for an initial £30million with the Portuguese club.

The initial news of Arsenal’s interest came somewhat out of the blue, a refreshingly old-school transfer that emerged without the need for anyone to notice Rob Holding had followed Vieira on Instagram, or that his partner had been spotted in the homeware section of Selfridges, eyeing up a new doormat.

In the current transfer-obsessed climate of minute-by-minute flight-tracking, it was about as close as you might get to that Arsene Wenger smirk the night before Mesut Ozil was stunningly signed, or to Sol Campbell strolling into a press conference most presumed had been called to announce the arrival of Richard Wright.

To those not familiar with Vieira, both the attributes of his namesake and the nature of Arsenal’s most glaring need might have hinted at a combative, domineering midfielder, or at least an orchestrator who dictates affairs from deep. The 22-year-old, however, is not that sort of player.

He has predominantly played for Porto in an attacking midfield role, either out wide or centrally, and occasionally even further forward than that. He is a creator, who racked up a Portuguese league-leading 14 assists last term, along with six goals, despite starting only 15 matches, and was player of the tournament at the Under-21 Euros a season before that, following in the footsteps of Thiago Alcantara, Juan Mata and Andrea Pirlo.

The signing of another technically-gifted offensive player might seem an act of gluttony from Mikel Arteta, who is already having to leave one of Gabriel Martinelli and Emile Smith Rowe out of his starting XI every week, and has notable shortfalls elsewhere. But the burden on them and, more pertinently, on Bukayo Saka and Martin Odegaard — young players run into the ground last term — must be reduced ahead of a return to Europe.

There is also the fact that Arsenal’s woes at centre-forward last season were only the (rightful) scapegoat for a much wider creative problem that has still not been resolved: the Gunners’ three poorest goal returns in the Premier League since the turn of the century have come in the last three seasons.

It is an issue Arteta appears intent on fixing, with a reversion to the late years of his own Gunners career, when he played as a holding midfielder behind a rotating cast of Mesut Ozil, Santi Cazorla, Jack Wilshere, Aaron Ramsey, Alexis Sanchez and Tomas Rosicky.

The deal perhaps also pre-empts the increasingly likely arrival of Gabriel Jesus, with Arteta keen to surround the Brazilian with an arsenal of sparky technicians

It perhaps also pre-empts the increasingly likely arrival of Gabriel Jesus, with Arteta keen to surround the Brazilian with an arsenal of sparky technicians, a system he knows suits him well, having coached him under Pep Guardiola at Manchester City.

Portuguese football has provided a fruitful market for Premier League bidders in recent times, with Ruben Dias, Bruno Fernandes and Luis Diaz all having major impacts at leading clubs.

Crucially, all three of those players landed in English football and hit the ground running. If Arteta’s first major signing of the summer can do likewise, then at Selhurst Park on August 5, every chorus of “Vieira, woooaah” might come with new meaning.

Aces and Sky Match Up in Key WNBA Showdown