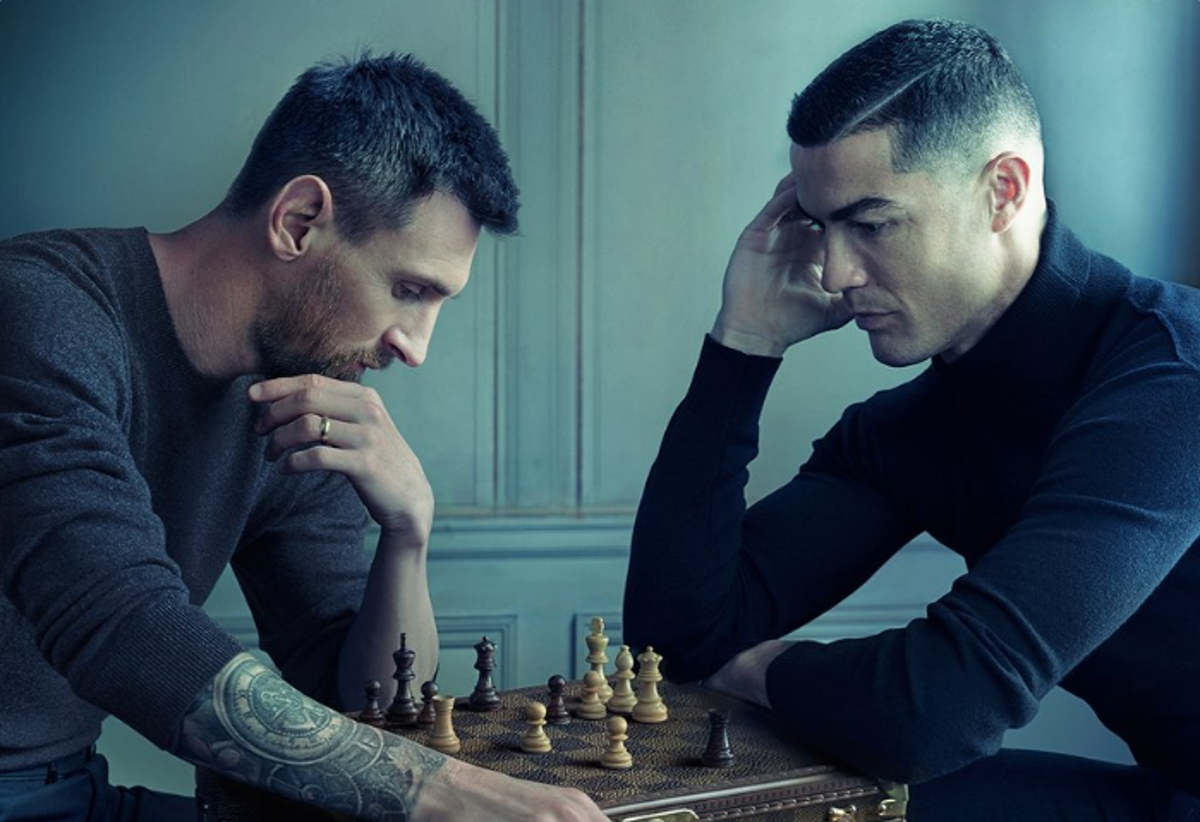 The pair, widely recognised as the greatest players of their generation – if not all-time – are shown thinking over the match-up in an image taken by iconic American photographer Annie Leibovitz.

As fans of the Paris Saint-Germain and Manchester United stars looked deeper into the picture, naturally there were those hunting for clues to prove that their chosen hero was the true GOAT.

This boiled down to the chessboard itself, with Messi shown to have taken three of Ronaldo’s pieces to two.

While some suggested this indicated the Argentine had one-upped his former Ballon d’Or rival, others pointed out that the value of Ronaldo’s captures was stronger – having grabbed a rook and a pawn compared to a bishop and two pawns.

Twitter was also awash with theories as to who might have won the game of chess, had it played out from these positions.

In fact, it appears to have been taken from a 2017 showdown between Magnus Carlsen and Hikaru Nakamura. That match famously ended in a draw.

Any sense of rivalry between Messi and Ronaldo in recent years has calmed, the Portuguese star recently speaking of his admiration of Messi on and off the pitch.

“Amazing player is magic, top… As a person, we share the stage 16 years, imagine, 16 years. We share. So, I have great relationship with him,” Ronaldo told TalkTV.

“I’m not friend of him in terms of, what I mean friend is the guy who was with you in your house, speaking on the phone, no, but it’s like a teammate.

“What I am going to say about Messi? A great guy who does great things for football.”