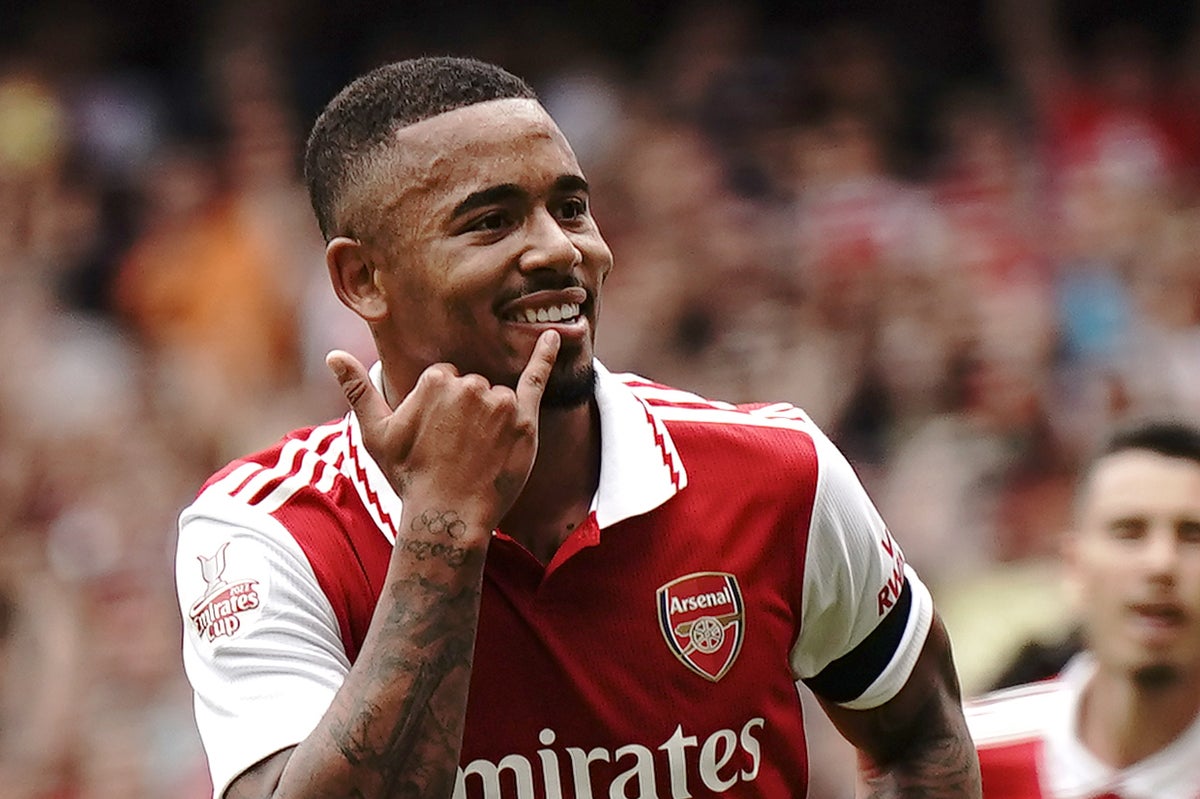 Fifteen players, £100million, Mohamed Salah. It is the familiar setup football fans have known to love and hate in equal measure.

The 2022-23 season gets underway this weekend with 6.30pm BST on Friday, August 5 your deadline for building a team.

So get tinkering, restart your leagues, learn your chips, and prepare for the long slog to glorious victory (or, just as likely, defeat).

Here are our FPL tips for GW1…

Where to start? Well how about the first game of the season, as Arsenal travel to Crystal Palace, and the most-selected player by far. Almost 73 per cent of players have picked the Brazilian at time of writing and, with seven goals in pre-season, who can really blame them?

The fear with FPL’s big hitters like Salah is that ignoring the likelihood of his imperiousness just makes you look a little silly. Still, bold moves can pay off big in this game – but against newly-promoted Fulham in GW1 can you really afford not to take him?

Strikers in FPL are noticeably a touch cheaper this year, given their continued reduction in goal and clean sheet points compared to midfielders, and therefore a Golden Boot challenger like Haaland has a touch more value than expected. In short, this bloke scores goals, and goals equal points.

These tips will get less obvious soon – because you cannot sign all the top players – but the question of how to manage Spurs in fantasy football has been a tricky one for, well, decades. Son is more expensive than Harry Kane but did outscore him last season, whereas alternatives are either not guaranteed to play (Dejan Kulusevski, Ivan Perisic) or suspended (Richarlison).

The great thing about the opening weekend is predicting results is anyone’s guess. Bournemouth versus Aston Villa is a prime example of this but Digne is a good option as the first-choice left-back and set-piece taker of an attacking away side against a potentially nervy newly-promoted host. There are questions over Villa’s aerial presence for actually finishing off his set plays, though.

A sound defence was a vital aspect to Forest’s promotion and Steve Cooper has added to that with a top-class goalkeeper who thrived in a not-too-dissimilar circumstance at Sheffield United. All the pressure is on Newcastle in their opening fixture, a scenario the Toon rarely thrive in.

With 11 goals and 11 assists last season, Mount is a bit of a steal at this price and Chelsea’s away trip to Everton on Saturday evening is guaranteed to cause some sort of implosion – most likely for the home side.

Multiversus Lag: How To Fix Laggy Menu Or Characters

Opposite of reaps Crossword Clue