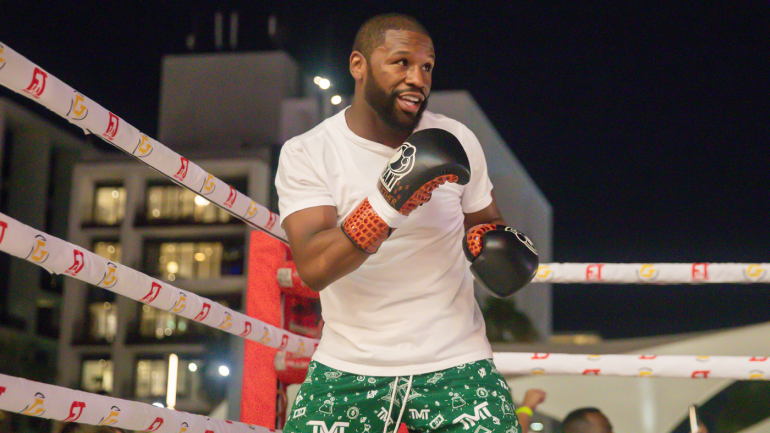 On Sunday, Floyd Mayweather Jr. returns to the ring for yet another exhibition. Mayweather will face YouTuber Deji Olatunji from Coca-Cola Arena in Dubai.

The fight will be Mayweather’s fifth exhibition bout since he retired from the professional ranks after defeating UFC star Conor McGregor in August 2017. The win over McGregor allowed Mayweather to retire with an incredible 50-0 record as a professional.

Mayweather has dominated his exhibition opponents. After knocking out Japanese kickboxer Tenshin Nasukawa in the first round, Mayweather technically battled social media star Logan Paul and former boxer Don Moore to draws, but only because those bouts were not scored under American exhibition rules. His most recent outing saw Mayweather knock out mixed martial artist Mikuru Asakura in September.

Olatunji lost three amateur bouts against social media stars, including a TKO loss to Jake Paul in August 2018. He turned professional in August, scoring a TKO over another social media personality, Fousey. Olatunji is the younger brother of KSI, another online personality who has transitioned to the world of boxing in recent years.

How to watch Mayweather vs. Deji