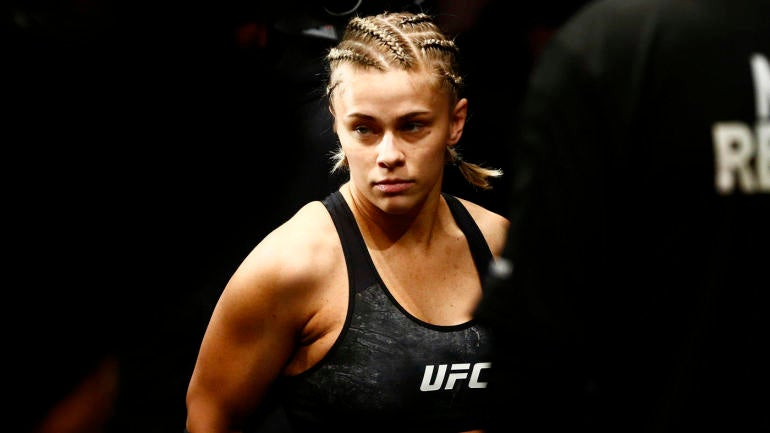 Paige VanZant is entering the professional wrestling world as part of All Elite Wrestling, but she still has obligations to the fight game. VanZant is expected to make appearances for both AEW and Bare Knuckle Fighting Championship in 2022.

VanZant signed her AEW contract in the closing segment of AEW Dynamite on Wednesday. She signed a contract after attacking Tay Conti, distracting TNT champion Sammy Guevara long enough for Scorpio Sky to get the upper hand and capture the title in Wednesday’s main event.

PVZ is expected to start pro-wrestling training in preparation for a match against Tay Conti, according to MMA Fighting. The UFC and Dancing with the Stars alum reportedly signed a long-term deal with the promotion. She will continue to appear on AEW programming alongside American Top Team coach and pro-wrestling manager Dan Lambert.

VanZant, 27, is still under contract with BKFC and is expected to compete for the combat sports promotion this year. BKFC president David Feldman previously told the publication that plans are for PVZ to compete in late spring or early summer.

“Paige is still under contract with BKFC,” BKFC officials told MMA Fighting. “The companies will work together to build her career.”

VanZant (8-5 in MMA, 0-2 in bare-knuckle boxing) made her first AEW appearance in September alongside Lambert and other UFC and Bellator fighters. Her AEW appearances to date have also included Jorge Masvidal, Junior dos Santos, Andrei Arlovski and her husband Austin Vanderford.

Jeff Hardy made his expected AEW debut on Wednesday’s episode of AEW Dynamite. Hardy rescued his brother, Matt Hardy, from an attack enacted by former stablemates Andrade El Idolo, Private Party and The Butcher and The Blade. The live crowd erupted for Jeff’s return and the segment ended with the brothers standing across the ring from Sting and Darby Allin. AEW president Tony Khan subsequently confirmed Hardy’s signing. Hardy was released from WWE in December, but reportedly refused an offer from WWE to return two months later and receive a WWE Hall of Fame induction.

5 Letter Words with EIH in Them – Wordle Clue