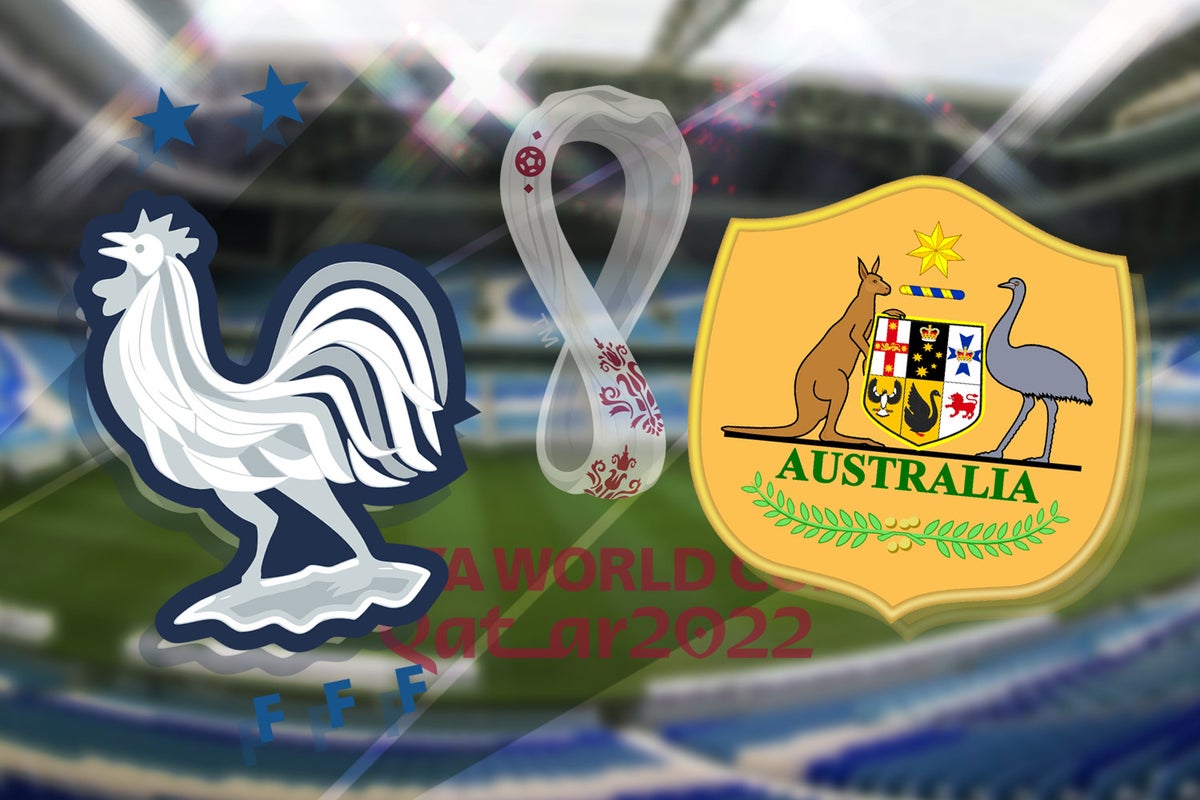 Much like in 2018, it is the Socceroos who lie in wait as the first game, although so much has changed since that meeting four years ago.

Through a mix of injury and age, Didier Deschamps’ squad look in a much more difficult position now and, while still loaded with talent, also have the dreaded curse of World Cup winners going out in the following group stage to contend with.

On paper, this is still a very strong France team but there’s little doubt the excitement about it has waned of late.

Australia, meanwhile, have been tipped for a run to the quarter-finals by their manager and did run France close four years ago.

Where to watch France vs Australia

Live stream: The BBC iPlayer and the BBC Sport website (both free with a subscription) will offer a live stream service.

Kairm Benzema is a slight concern after a season plagued by injury at Real Madrid, as well as the fact he pulled up 15 minutes into a pre-tournament training session.

Christopher Nkunku, meanwhile, was forced to drop out of the squad and Randal Kolo Munai has replaced him.

Karim Benzema has suffered a number of injury problems this season

For Australia, Martin Boyle has recovered from an injury with Hibernian, while it will be fascinating to see whether or not incoming Newcastle teenager Garang Kuol will get a start.

Given the quality on display, it would seem foolish to argue against the French.

Still, such is the negative feeling in which they’ve come into the tournament, it would not be much of a surprise to see them struggle.