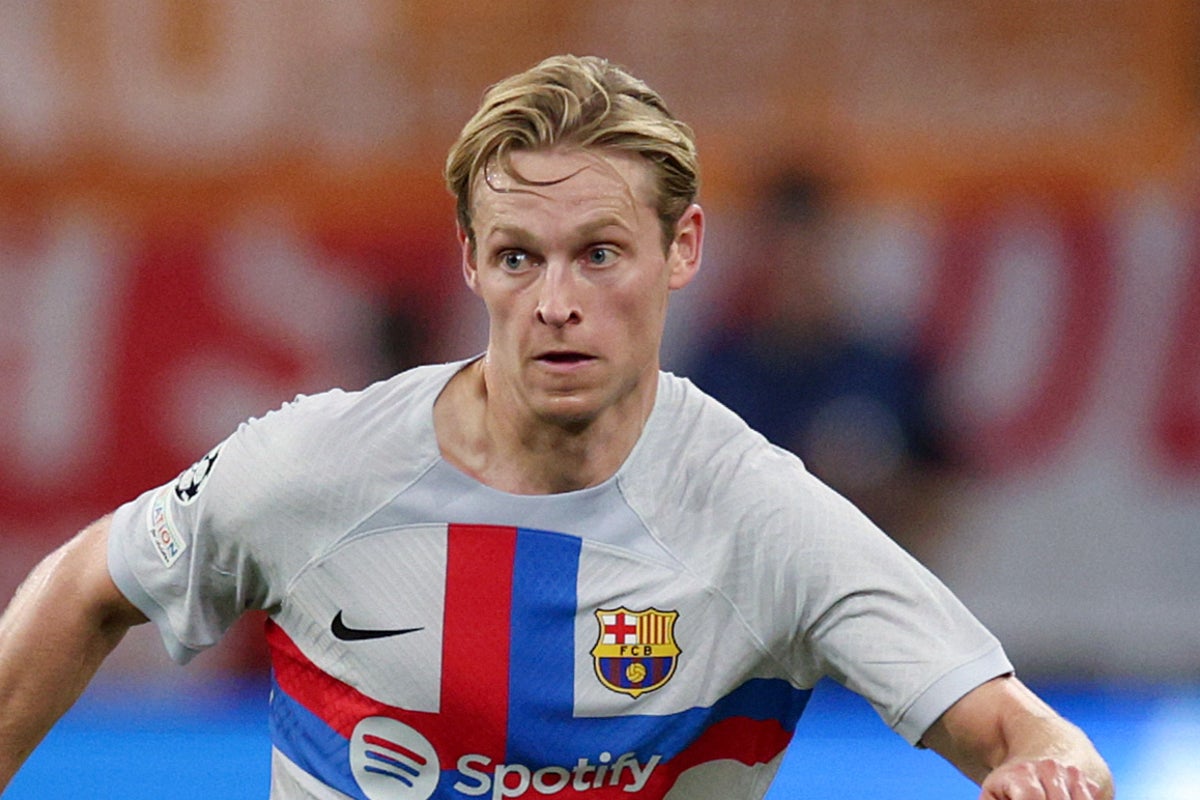 The versatile Dutch midfielder was quickly established as Erik ten Hag’s priority target for his first window in charge at Old Trafford, with United said to have agreed as early as June a deal with Barca that would seem them pay around €65million (£56.8m) up front, with more than €15m potentially due in add-ons.

However, such a high-profile switch never materalised despite De Jong being embroiled in a salary row at the Camp Nou, where he was said to be owed some £17m in wages deferred during the Covid-19 pandemic and reportedly been given an ultimatum to take a substantial pay cut or leave.

Chelsea also emerged as contenders to land the 25-year-old during a hectic first window under their new Boehly-Clearlake ownership, with former manager Thomas Tuchel looking to bolster his midfield with both N’Golo Kante and Jorginho out of contract at the end of this season.

Speculation over De Jong’s future continued right up until the summer deadline, though he eventually stayed put at Barca and apparently agreed a salary reduction having initially signed a huge two-year extension in October 2020 that keeps him under contract in Catalonia until 2026.

And while the former Ajax favourite admits that there have been clear differences of opinion with Barca, he claims he never wanted to walk away from Xavi’s side.

“I always wanted to stay at Barcelona this summer, and this is why I always remained calm in the summer. I can’t give too many details away,” De Jong told reporters at a press conference held before the Netherlands’ Nations League meeting with Poland in Warsaw on Thursday night.

“But look, the club has its own ideas and I have my own ideas, too, and sometimes these clash with each other. But at the end of the day things went okay.”

De Jong has remained a key member of Barca’s first team despite that ugly summer episode, making eight appearances across all competitions so far this term and scoring in the 4-0 LaLiga rout of Cadiz earlier this month.

Having failed to acquire his services, United eventually splashed £70m to sign Casemiro from Real Madrid, while Chelsea left it late to complete a loan swoop for Juventus midfielder Denis Zakaria on deadline day.