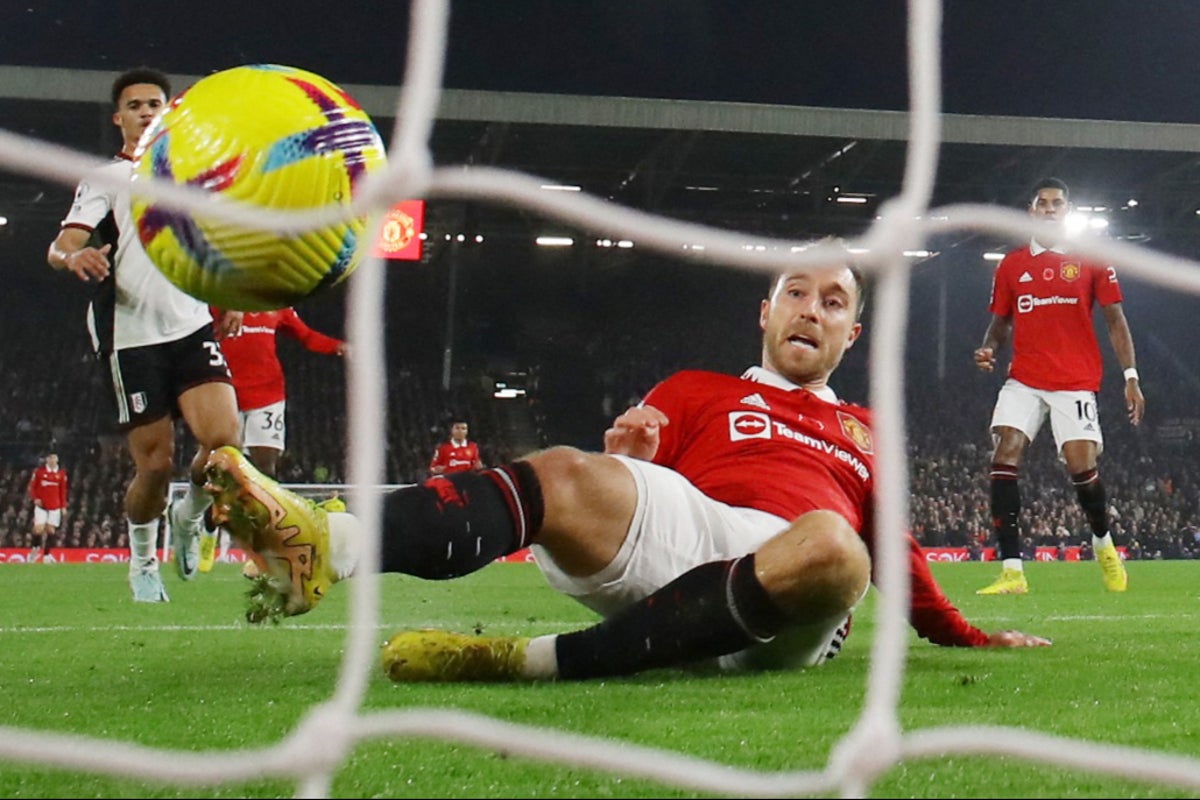 In the final Premier League match before the World Cup, Manchester United face Fulham looking to go into the mid-season break on a positive note. Erik ten Hag’s side head to Craven Cottage six points off the top four after wins for Newcastle and Tottenham on Saturday and they will not want to lose further ground in the race for the Champions League. But they face a difficult test against a Fulham side enjoying a brilliant season under Marco Silva.

Cristiano Ronaldo is set to miss the game in west London after he did not board the train that took his United team-mates down to London on Saturday afternoon. With uncertainty over his future and talk of a January move away from Old Trafford, it means Ronaldo could have played his last game for United.

With kick-off at 4:30pm GMT, follow all the action from Craven Cottage below, including expert insight and analysis from Nick Purewel.

“United should be 2-0 up at the break after Eriksen sidefooted wide of the post.

“But in truth the Red Devils have been second to everything in midfield and Malacia has been overrun down the right. Fulham can still force their way back into this.”

Eriksen’s first goal for the club is the difference, but the hosts are still in this.

An intriguing second half awaits.

47min: The referee has seen enough.

46min: Almost a second for Eriksen! Martial cuts the ball back for Fernandes, who spots Eriksen darting into the area but his shot is a yard wide.

44min: Marco Silva is fuming as Palhinha goes into the book for a light pull on Shaw.

Shaw stands up a fine cross but Martial mistimes his jump so his glancing header spins over the bar.

36min: He may not like the scoreline but Pereira is enjoying himself today. Just whipped in a stunning cross to win a corner.

“Willian is having one of his on days today. The former Chelsea and Arsenal winger is giving Malacia a torrid time out wide so far.”

30min: Martial does within inches of doubling United’s lead as his shot at Leno almost beats the keeper before he scrambles back to smother behind him.