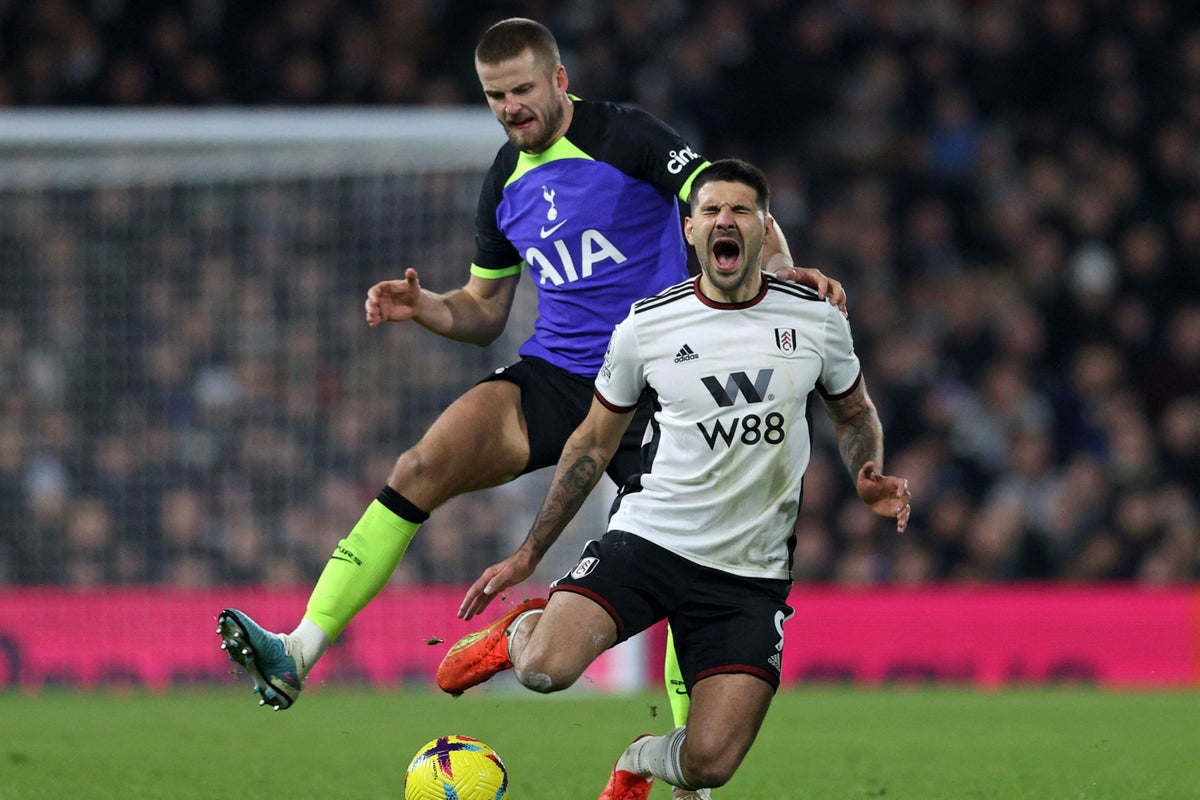 ulham face a nervous wait to discover the extent of the ankle injury suffered by Aleksandar Mitrovic in the closing stages at Craven Cottage during the defeat to Tottenham.

Mitrovic was caught by a late challenge from Spurs defender Eric Dier and hurt the same ankle he injured before the World Cup.

Fulham were assessing Mitrovic on Tuesday and were hoping for positive news on the striker, who has scored 11 Premier League goals this season and played a key role in the club’s surprise chase for a European spot.

The loss means Fulham stay seventh, as they missed a chance to leapfrog Spurs into fifth.

Marco Silva’s side were dominant in the first half, but Joao Palhinha and Harrison Reed missed good chances before a moment of quality from Harry Kane just before the break.

Fulham boss Silva said: “We were clearly the best team for 40 to 42 minutes, the most dominant team, the team that created the most dangerous moments around their box.

“I think we lost a little bit of control of the game, without reason, to be honest, in the last five minutes of the half. Second half, we lost a bit of the energy, the dynamic.”