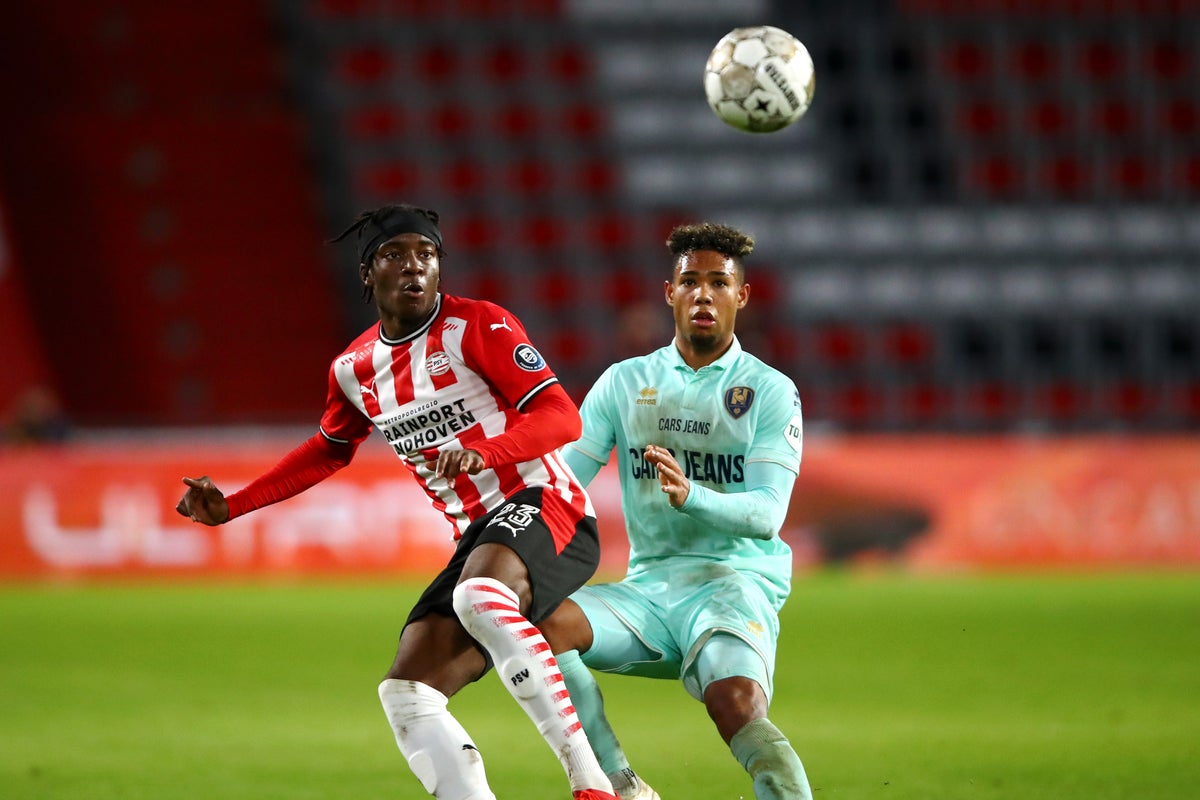 ulham are sounding out alternative right-back options after a move for Arsenal defender Cedric Soares stalled.

Talks over Cedric have reached a stalemate over his £65,000-a-week wages, which Fulham do not want to pay in full.

The Cottagers have opened talks with a number of other options, including Heerenveen’s Milan van Ewijk and FC Twente’s Joshua Brenet.

Rennes full-back Hamari Traore is also said to have been discussed.

Meanwhile, Fulham in talks to keep centre-back Tosin Adarabioyo amid interest from Monaco and a number of Bundesliga clubs.

Fulham recently triggered a one-year extension in his contract earlier this month, but his deal still expires at the end of next season and the club are now actively pursuing an extension beyond then.

Battle: Adarabioyo has interest from Monaco and the Bundesliga

Preston midfielder Ben Whiteman has been identified as a summer target, with fringe option Josh Onomah up for sale to Championship clubs.

Fulham loanee Rodrigo Muniz may leave Middlesbrough for another club after being dropped by manager Michael Carrick.