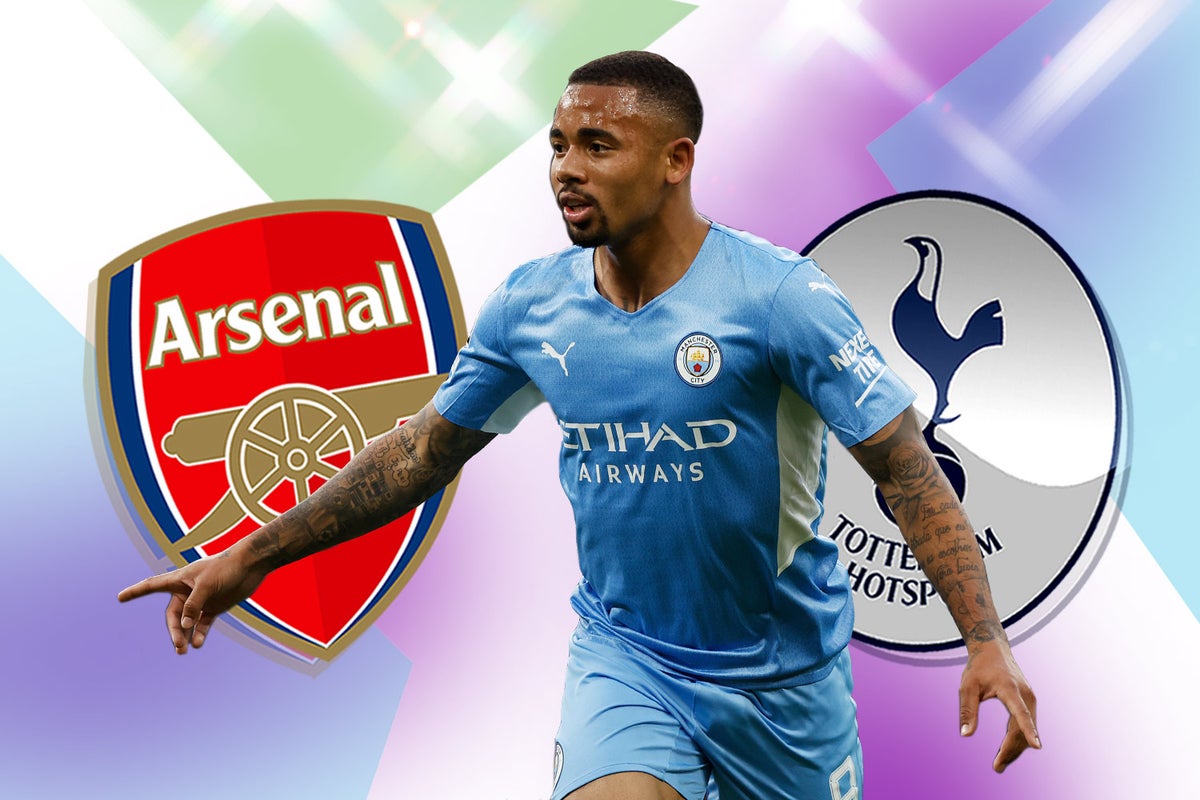 Manchester City want £50million for the Brazil forward and his representatives are travelling to England to wrap up his transfer to Emirates Stadium.

Finalising a move for Jesus will not stop Arsenal from looking to strengthen their attacking options further this summer. They have also been linked with former Chelsea striker Tammy Abraham at Roma.

Spurs are also interested in signing Richarlison from Everton as Antonio Conte seeks to strengthen his squad with multiple signings this summer.

Everton want over £50m for Richarlison but need to raise money through player sales and could be forced to lower their valuation.

Tottenham, who qualified for the Champions League ahead of Arsenal on the final day of the Premier League season, have already been active in the transfer window.

They have signed Ivan Perisic and Fraser Forster on free transfers and secured a £25m deal to bring in Mali midfielder Yves Bissouma from Brighton.

Chelsea also have interest in Richarlison and Raphinha, but they have prioritised moves for Raheem Sterling and Ousmane Dembele, who is set to leave Barcelona on a free transfer.