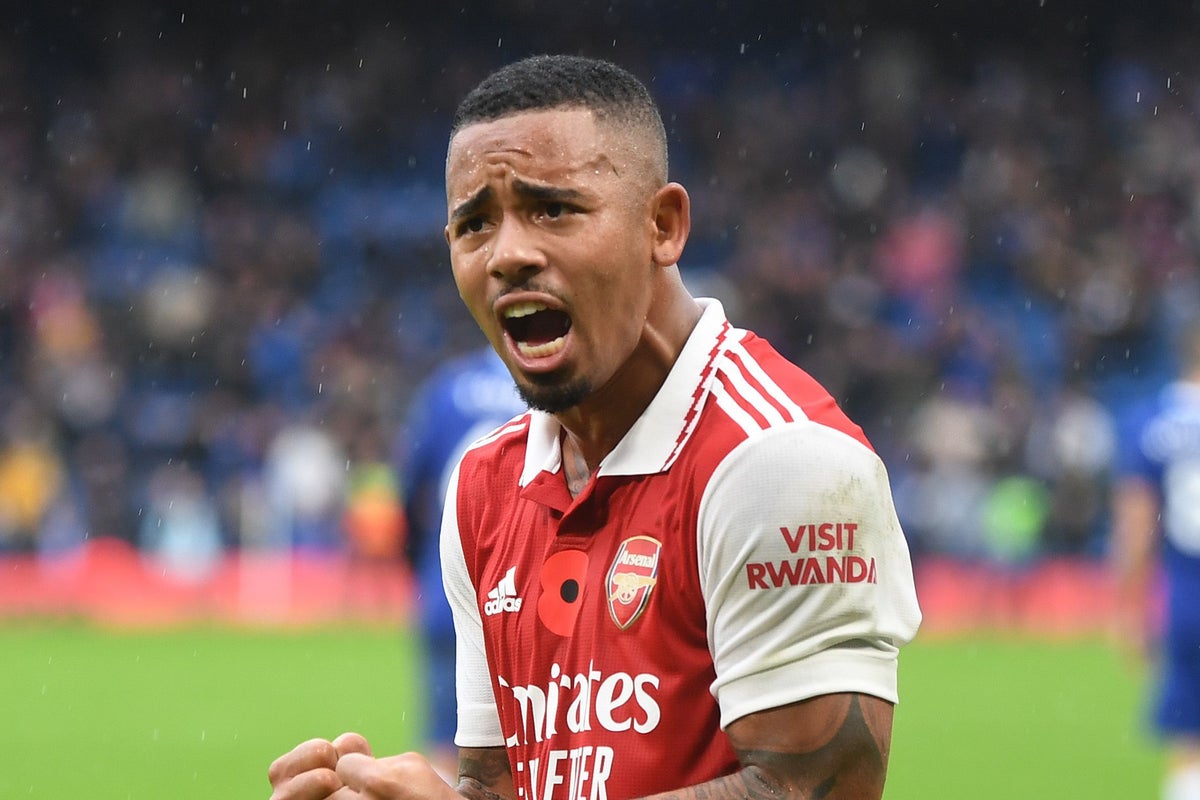 A knee injury has kept the Brazilian sidelined since the World Cup and he underwent surgery in early December with talk of a three-month lay-off.

That time period come prove an overestimation of Jesus’ return timeframe after he was filmed discussing his recovery with UFC legend Khabib Nurmagomedov.

The Russian visited the Emirates Stadium for Sunday’s win over Manchester United and caught up with Jesus, posting a clip of their discussion to Instagram.

In the video, Jesus can be heard saying: “Maybe four or five weeks, then we’ll come back.”

While the true context of the clip is unconfirmed by Arsenal or the player, fans online were optimistic it was in reference to his eventual return from injury.

Such a timeline would mean Jesus back in a Gunners shirt before March’s international break with the trip to Leicester on February 25 on the cards. Arsenal then host Bournemouth in the Premier League a week later with a possible FA Cup fifth-round tie in between.

In Jesus’ absence, Eddie Nketiah has stepped up with four goals including a brace in the dramatic 3-2 win over United on Sunday, which has the capital club five points clear at the top of the table with a game in hand over Manchester City.

How to Watch Giresunspor vs. Galatasaray: Free Live Stream,…

How to Watch Boston College at Virginia: Stream Men’s…

How to Watch Northeastern at Delaware: Stream Men’s…