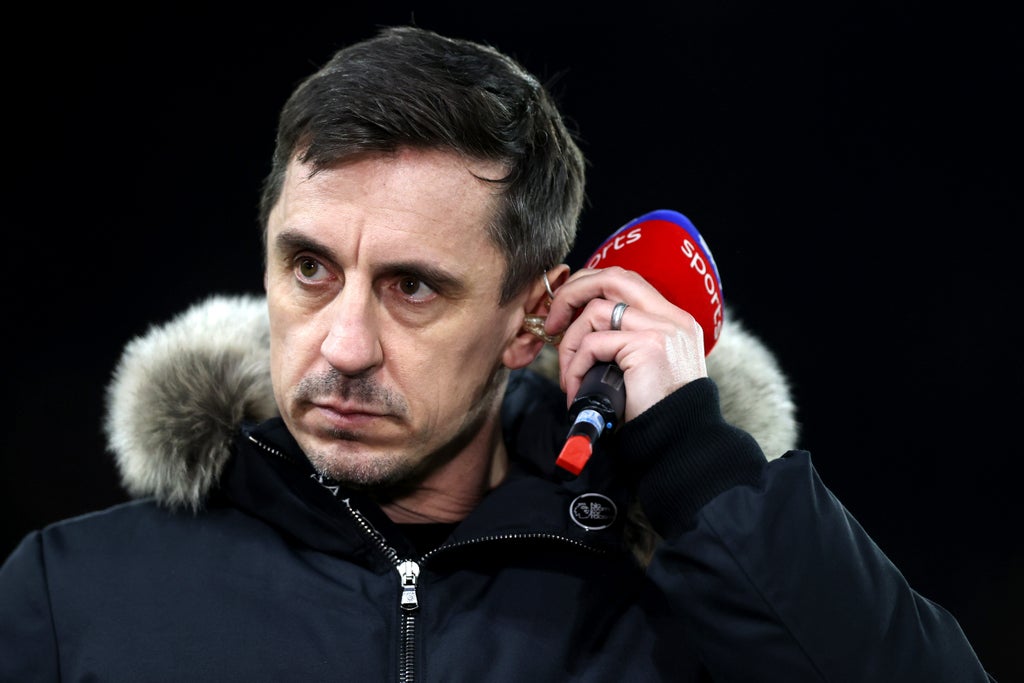 David Moyes’ side beat Liverpool in November and, such are the fine margins between them and Manchester City, that result has already proved costly to Jurgen Klopp.

Pep Guardiola’s champions lead the table by three points after what looked like a pivotal weekend, during which Tottenham snatched a point at Anfield and City thrashed Newcastle 5-0.

Still, West Ham are still to host City and will welcome them to the London Stadium on Sunday amid a battle of their own.

Sunday’s win at Norwich has put Moyes’ side in a strong position to overtake Manchester United in sixth place and secure a quick-fire return to the Europa League.

Three points separate the two and the Old Trafford giants were beaten 4-0 at Brighton on Saturday, doing little to suggest there will be any improvement before the end of the season.

While many would expect City to win their three remaining games, Neville has backed both West Ham and Wolves.

“I do believe Wolves or West Ham could shock Manchester City,” the Sky Sports pundit said on his podcast.

“With Ruben Dias injured, they are going to teams who have got systems of play that can hurt City. Both teams have had good seasons. They are awkward. City will need to be at their best.”