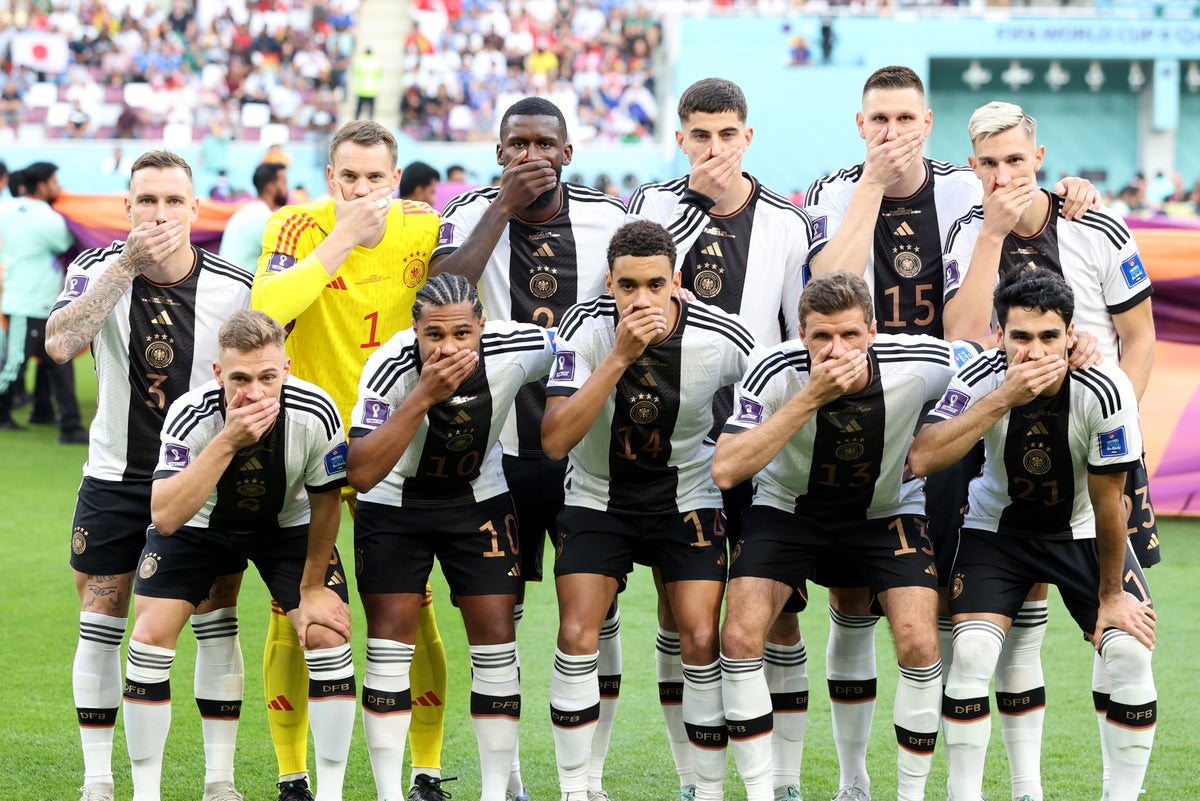 ermany’s players covered their mouths during a team photo and wore warm-up tops with rainbow-coloured sleeve stripes in an apparent protest over Fifa’s ban on the One Love armband.

Germany were one of several European nations, including England, who had been planning to wear the rainbow armband in Qatar in a show of support for the LGBTQ+ community in a country where homosexuality is illegal.

However, the countries backed down on Monday, just hours before England’s opener against Iran, after Fifa threatened sporting sanctions, including a possible yellow card for any player wearing the armband.

The German FA is set to take legal action against Fifa over the decision at the Court of Arbitration for Sport, but told captain Manuel Neuer not to wear the armband during Wednesday’s Group E opener against Japan.

Instead, Germany’s starting XI covered the mouths during their pre-match team photo in an apparent reference to being silenced by world football’s governing body, having warmed up in white t-shirts featuring manufacturer Adidas’ iconic three stripes in rainbow colours, which the Japan squad also wore.

“We wanted to use our captain’s armband to take a stand for values that we hold in the Germany national team: diversity and mutual respect,” a German FA statement read:

“Together with other nations, we wanted our voice to be heard.

“It wasn’t about making a political statement – human rights are non-negotiable. That should be taken for granted, but it still isn’t the case. That’s why this message is so important to us. Denying us the armband is the same as denying us a voice. We stand by our position.”

Germany’s Federal Minister of the Interior and Community Nancy Faeser also attended the game at the Khalifa International Stadium and was pictured wearing the One Love armband in the crowd.