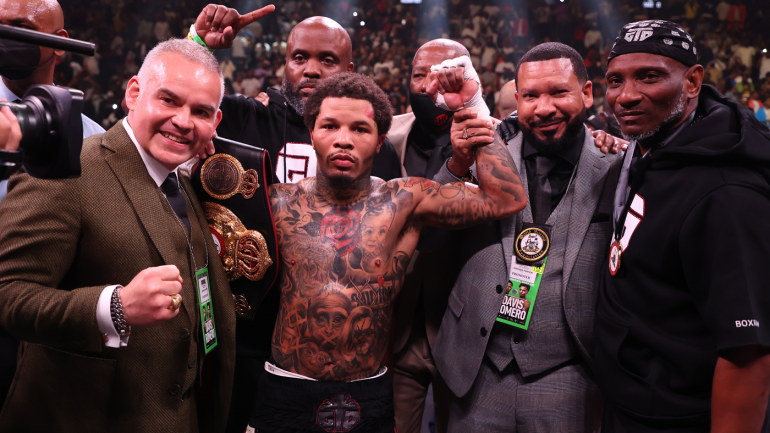 After Thursday’s news that a fight between Gervonta “Tank” Davis and Ryan Garcia was a “done deal” for the first half of 2023 and that Davis would first take a fight on Jan. 7, we now know the name of Davis’ “tune-up” opponent. Davis will battle Hector Luis Garcia at Capitol One Arena in Washington D.C., Davis announced on social media on Friday.

Luis Garcia (16-0, 10 KO) is coming off a fantastic year. In February, he stepped in for WBA super featherweight champion Roger Gutierrez against Chris Colbert when Gutierrez was forced out of the bout due to COVID. Despite being a +1100 underdog, Luis Garcia dominated Colbert for a wide decision win.

That victory earned Luis Garcia, a 2016 Olympian, a shot at Gutierrez for the title. Luis Garcia won the fight and the title, largely because Gutierrez spent the first eight rounds of the fight doing little to nothing until his corner began threatening to stop the fight. Gutierrez stepped up over the final rounds and had Garcia looking overwhelmed, but it was too late into the fight and Luis Garcia took the decision.

He now moves to lightweight to battle Davis, who had vacated the same belt that Garcia eventually won from Gutierrez.

Davis (27-0, 25 KO) only fought once in 2022, scoring a sixth-round stoppage of Rolando Romero in May. It was an odd fight, with Romero largely outboxing Davis before Davis landed a massive left hand that ended the fight.

Davis has emerged as one of the brightest young stars in boxing over the past several years, with stunning power that has followed him from super featherweight as high as super lightweight.

The fight with Ryan Garcia has been one demanded by both fighters and boxing fans for years. All Davis has to do to finally make it a reality is get by a different, less heralded, Garcia in January.

5 Letter Words with AEV in Them – Wordle Clue