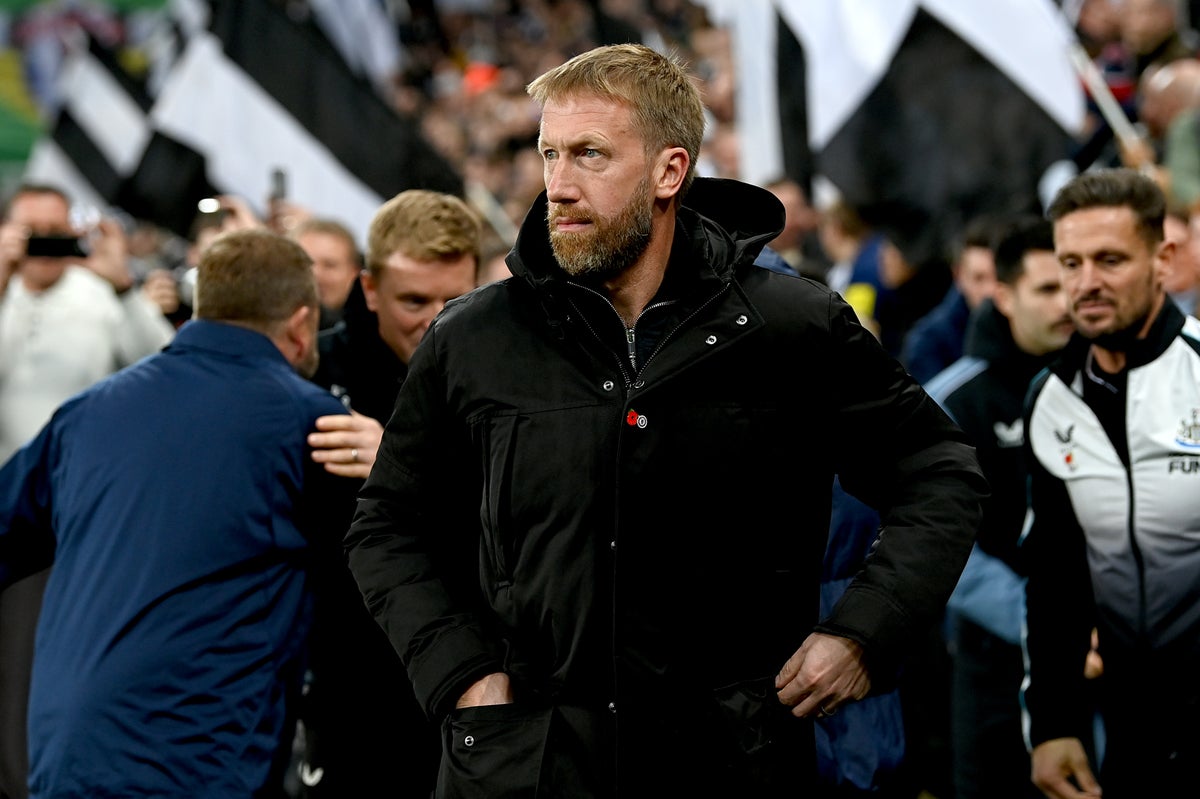 Joe Willock’s goal piled yet more misery on the former Brighton manager, who has now gone five games without a win, with his team beaten in their last three Premier League games.

As a result, Chelsea now sit eighth in the table and even behind Potter’s former side and have plenty to ponder over the World Cup break.

Injuries to key players have not helped Potter of course but his team struggled to create anything of note in fairly cautious display at St James’ Park. Armando Broja was selected up front in place of Pierre-Emerick Aubameyang but could not get into the game.

With Chelsea now not back in action until Boxing Day, the club have plenty to ponder. Potter is ready to push for January signings but will need to yield far more out of the players he inherited from Thomas Tuchel.

Speaking after the game, the Blues boss said: “We take the break to recharge and go again.

“There won’t be many of us. A lot of the guys go away, But those that remain will work and go again.

“We have had a tough period and there have been a lot a positives but also some negatives. Sometimes you have to accept the struggles you have. It is about regrouping and starting again. It is the second half of the season and there is a long way to go.”