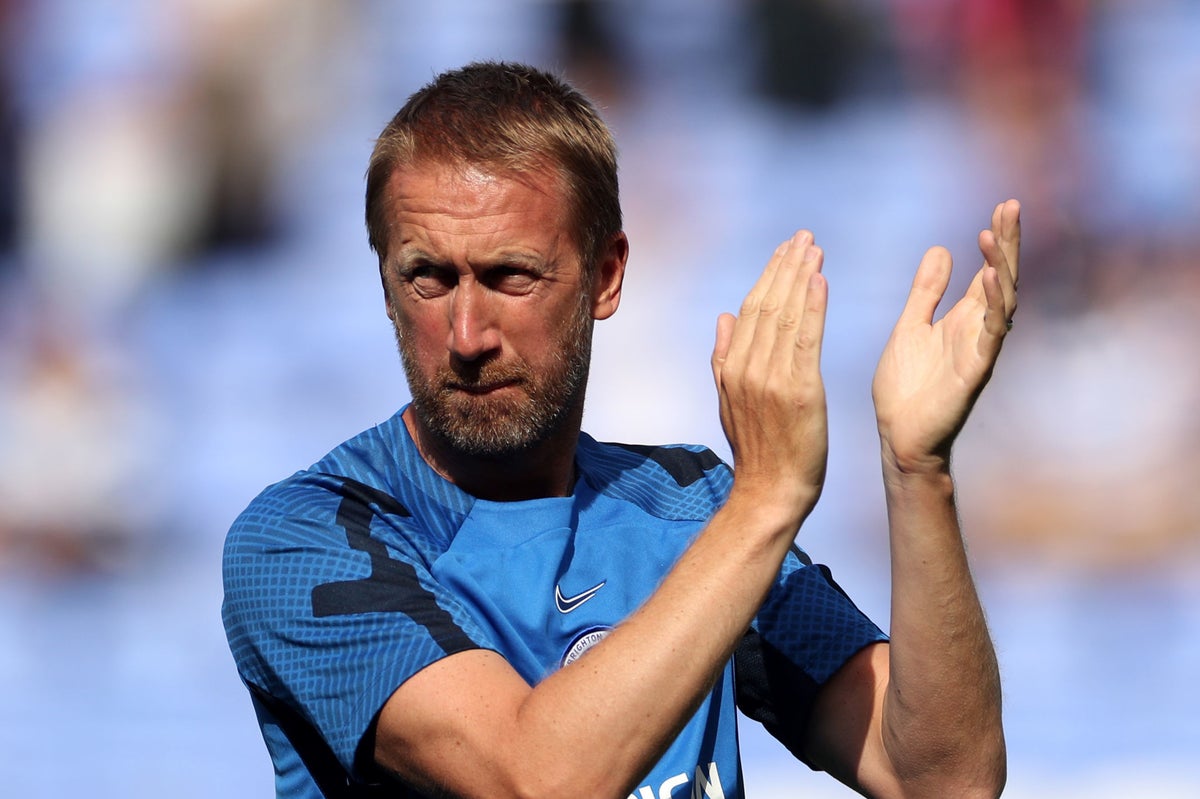 The Blues have acted fast to pursue their top managerial target in the wake of sensationally sacking Thomas Tuchel following a dire Champions League defeat by Dinamo Zagreb in Croatia.

Despite links to the likes of ex-Tottenham and Paris Saint-Germain boss Mauricio Pochettino and Real Madrid legend Zinedine Zidane, Potter was always Chelsea’s first-choice option to replace the German, with events escalating quickly in the hours following Tuchel’s shock dismissal on Wednesday.

The Blues are willing to pay the compensation figure of around £15million to release the highly-rated English coach from his contract at the Amex Stadium, where he has shone since leaving Championship side Swansea and succeeding Chris Hughton in 2019.

Chelsea held talks with Potter yesterday after receiving Brighton’s blessing and are expected to reach an agreement soon, with a west London derby against Fulham looming at Craven Cottage on Saturday amid a hectic fixture list.

The speed of negotiations has been further underlined by the cancelling of Potter’s latest weekly pre-match press conference.

The 47-year-old was due to address reporters on Thursday ahead of Brighton’s top-flight trip along the south coast to Bournemouth this weekend, but that media call will no longer take place, per The Athletic.

The Seagulls will loathe to lose Potter, who has had a major impact at Brighton and become one of English football’s most highly-rated up-and-coming managers in recent years, having started his managerial career amid humble beginnings at Swedish club Ostersund.