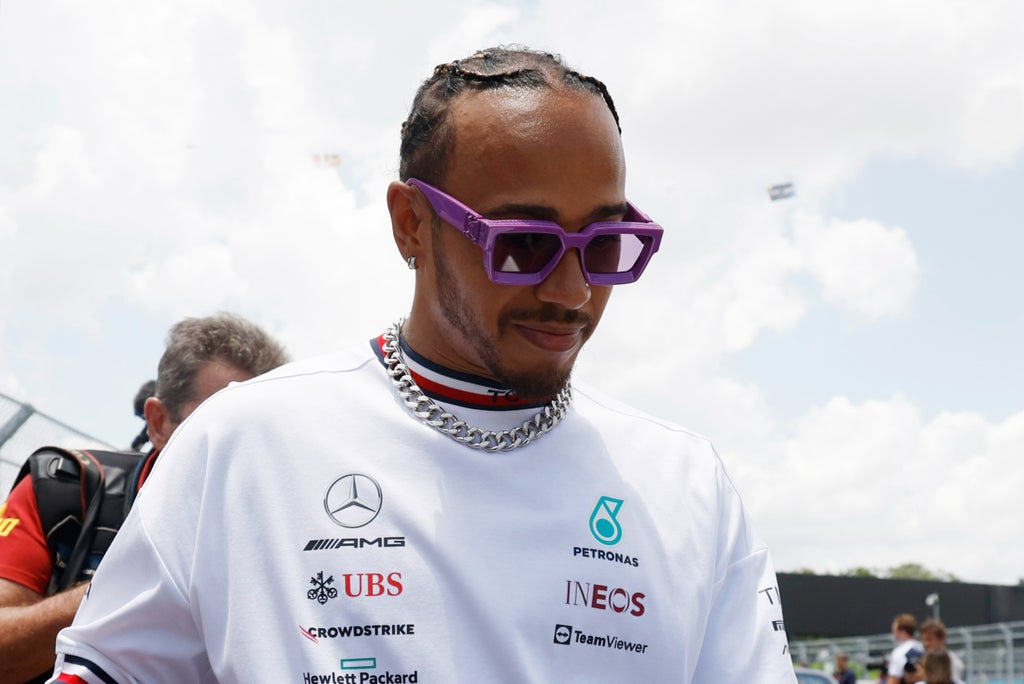 ewis Hamilton was left baffled by his Mercedes engineers leaving the decision over whether to pit under the safety car at the Miami Grand Prix up to him.

The Formula One race saw the seven-time world champion once again stuck way behind the frontrunners in what was at least an improvement on his 13th-place finish at Imola a fortnight ago.

However, running sixth when Lando Norris crashed into Pierre Gasly after 41 laps of Sunday’s race, he did not come in for fresh tyres under the safety car.

When asking over team radio whether he should pit, Hamilton was surprised to hear Mercedes leave the decision up to him.

“I really don’t know, in that scenario I have no clue where everyone is,” he stated post-race.

“When the team say, ‘It’s your choice’… I don’t have the information to make the decision. That’s what your job is! Make the decision for me, you’ve got all the details – I don’t.

“So that’s what you rely on the guys for but today they gave it to me and I didn’t understand it.

“But it’s just a bit unfortunate on the safety car and at least we got points today, we’re finishing, reliability is good. We just have to keep trying, I’m excited to at one stage take a step forward, which we haven’t yet.”

Hamilton was under immediate pressure from teammate George Russell after the restart but a mistake from Valtteri Bottas allowed both Mercs through, before Russell took fifth having pitted for Medium tyres under the safety car.

The younger Brit had no choice but to pit at that stage, while still on his original Hard tyres from the start, and had to initially give the place back to Hamilton having performed the overtake off the track before getting the job done with DRS a lap later.