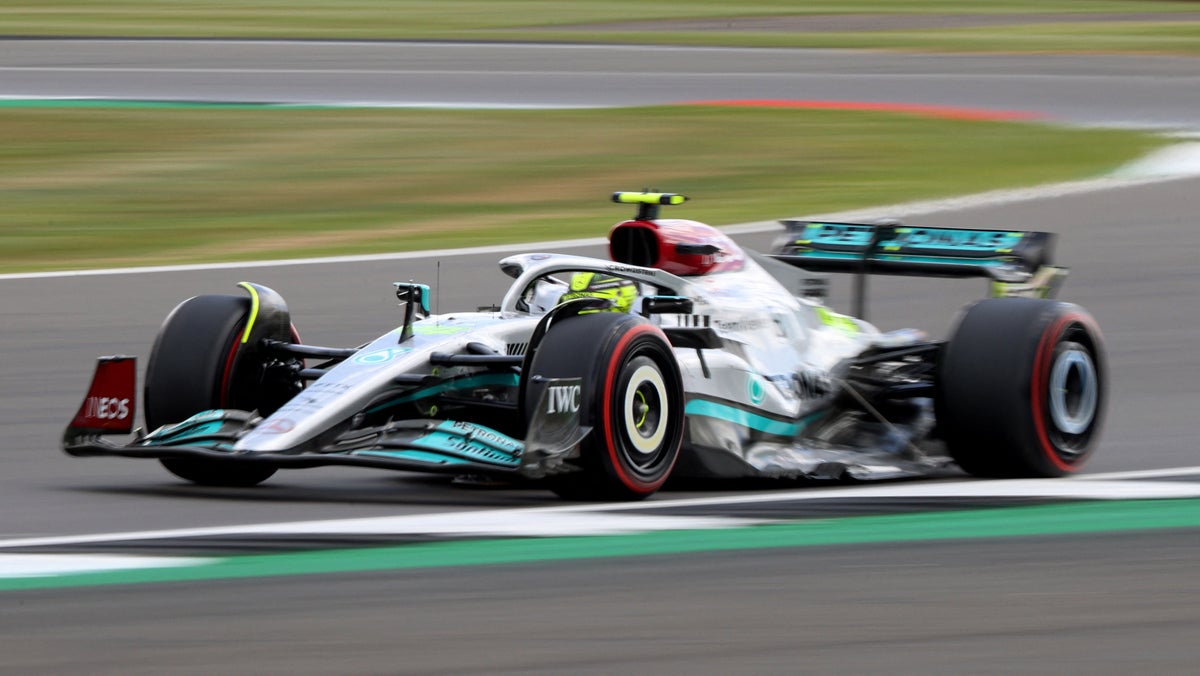 After a washout on Friday morning, the afternoon session provided by far the better chance to prepare for Sunday’s race, for which Mercedes hold out cautious optimism.

The perilous bouncing issues plaguing Hamilton and George Russell appear to be somewhat prevalent around the power-hungry circuit but the seven-time world champion battled through to put his car just 0.163 seconds off top spot.

Ferrari driver Carlos Sainz led the way with a 1:28.942 to back up his strong performance in Canada, before Hamilton, McLaren’s Lando Norris and championship leader Max Verstappen in the top four.

McLaren are hoping for a strong race around Silverstone, a track that suits their car better than Montreal, where both Norris and Ricciardo, ninth in practice today, failed to score a point.

Two-tenths back, Verstappen was unhappy with his Red Bull skirting along the tarmac although Red Bull can be expected to gain back some advantage on their rivals by Saturday’s qualifying run.