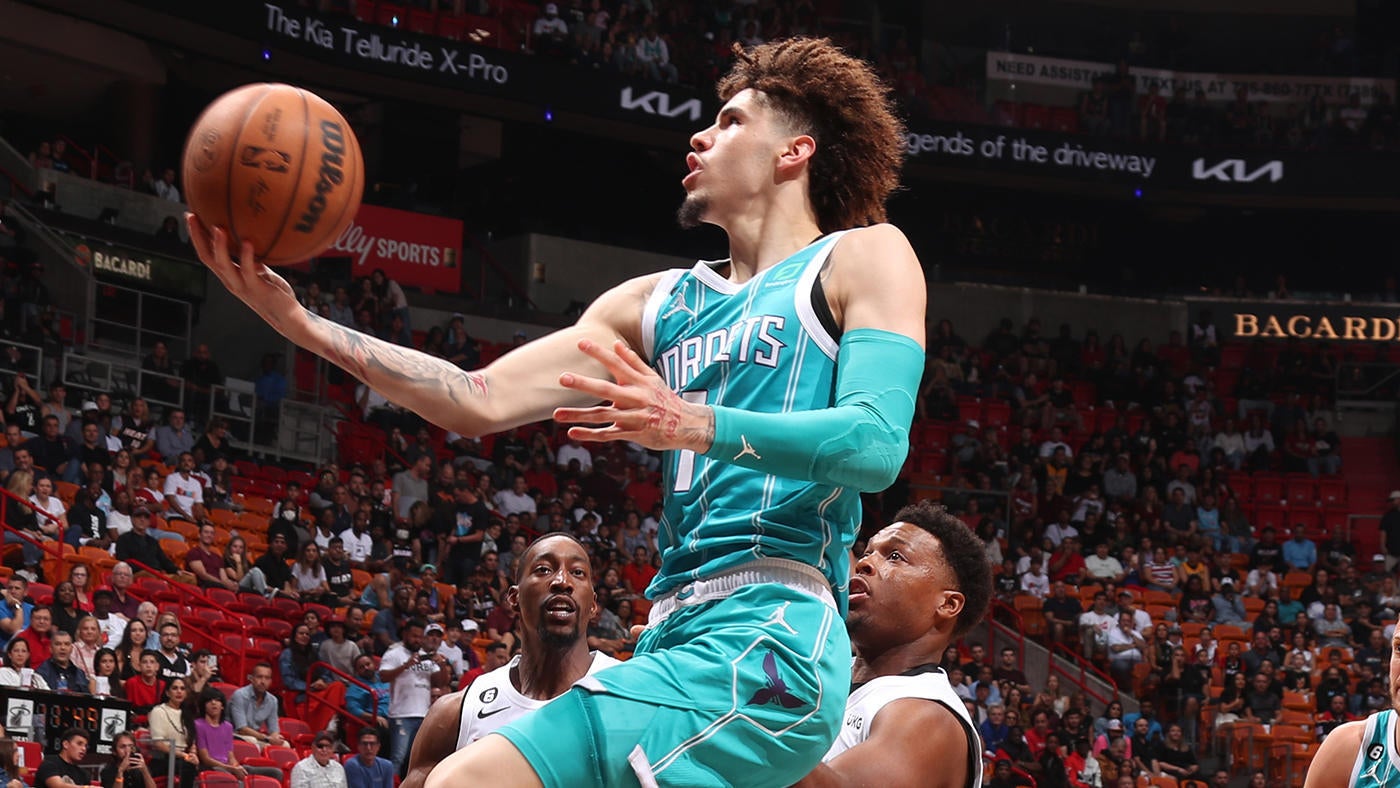 The Charlotte Hornets have gotten off to a rough start to the 2022-23 season, but they received some positive news on Saturday when All-Star guard LaMelo Ball took the court for the first time this season. Charlotte lost to the Miami Heat, 132-115, but Ball showed only a few signs of rust in his eventful season debut.

In the first appearance of his third NBA season following a 13-game absence due to a left ankle sprain, the 21-year-old Ball finished with 15 points, six rebounds and six assists in 28 minutes, while going 6-for-17 from the field.

“He makes such a difference. He puts so much pressure on the other team,” Hornets coach Steve Clifford said of Ball. “He did a bunch of good things, and obviously he’ll play better and better as we go here.”

One of the best highlight producers in the league, Ball wasted no time wowing the Miami crowd, splitting two defenders as the clock ran down in the first quarter before hitting a wrong-foot floater as the buzzer sounded. He even earned a reluctant handshake from Heat guard Tyler Herro, who was inactive for the game due to an ankle injury.

Then, early in the fourth quarter, we saw some of Ball’s trademark vision and passing skill on this behind-the-back dime to Nick Richards for an easy lay-in.

The return wasn’t all roses, however, as Ball went just 1-for-9 from 3-point range. He also continued another trend we saw a bit too much of last season — fouling. Ball picked up at least five fouls in 16 games last season, fouling out of five of them, and too often found himself on the bench with two first-quarter fouls. His 3.2 fouls per game last season were among the most in the NBA.

Ball picked up two fouls in the opening frame on Saturday and finished with five, though it likely didn’t affect his minutes due to a slight restriction in his first game back. Defense is one of his biggest weaknesses so far in his young career, and excessive fouling only leads to more time on the bench, which does no good for him or the Hornets.

Ball’s return couldn’t come at a better time for a Charlotte team that has started the season 3-11 and has lost its last eight games. Having Ball back will immediately inject some life into the Hornets’ offense, which entered Saturday ranked 28th in the league. Ball is a foundational player for the Hornets, and having him back in the fold will elevate guys like Gordon Hayward, PJ Washington and Kelly Oubre Jr. around him. It also gives Charlotte its most capable playmaker back, easing the ballhandling duties off of Terry Rozier and Dennis Smith Jr.

The last time we saw Ball, he was named an All-Star replacement for Kevin Durant, while putting up efficient numbers for the Hornets. He was Charlotte’s leading scorer, averaging 20.1 points, but it wasn’t just putting the ball in the basket that helped boost the Hornets offense. He ranked in the top 10 in the league in assists last season, averaging 7.6 per game, while also shooting an efficient 38.9 percent from 3-point territory.

How to Watch Troy at San Diego State: Stream Men’s…

5 Letter Words with RBEA in Them – Wordle Clue

5 Letter Words with REMA in Them – Wordle Clue

5 Letter Words with RBEM in Them – Wordle Clue