How to watch Mayweather vs Deji: Live stream and TV channel for boxing tonight 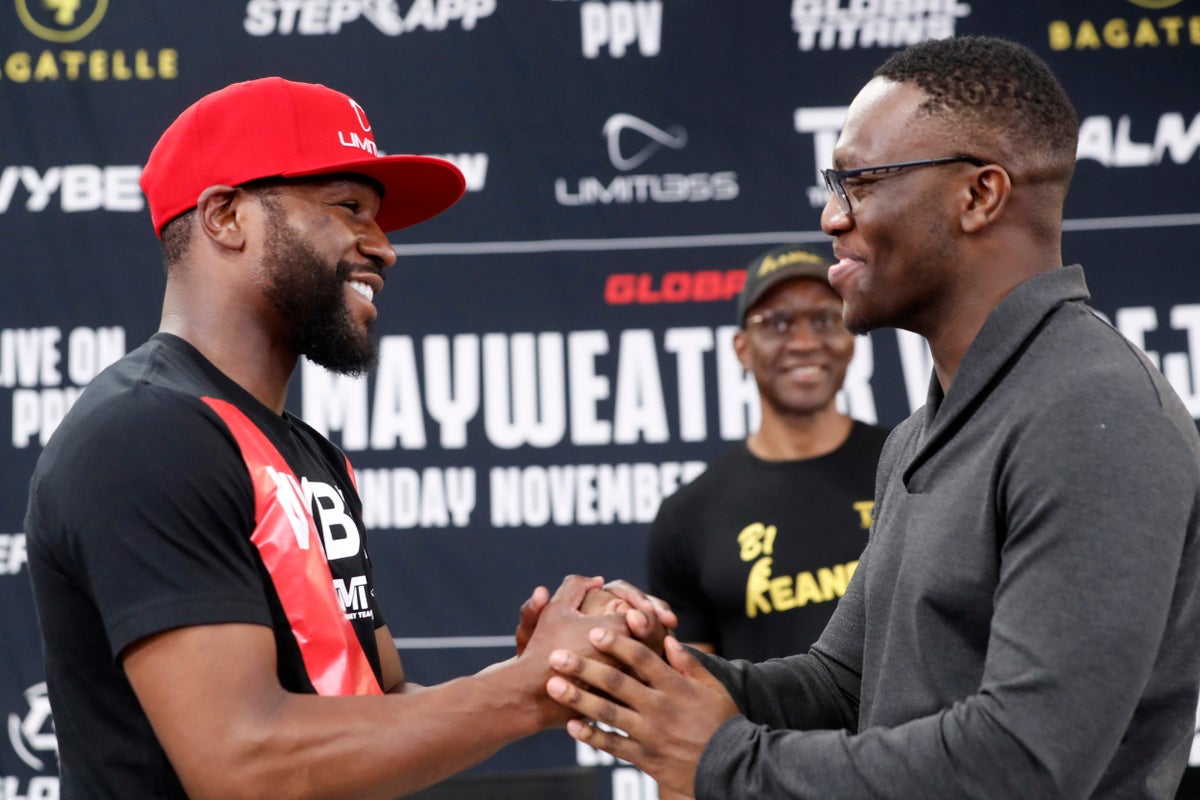 loyd Mayweather fights Deji tonight as he continues his run of exhibition bouts following the end of his professional career.

Since beating Conor McGregor in 2017 to take his record to 50-0, Mayweather has turned his focus to exhibitions, the most high-profile of those coming last year against Logan Paul.

He now takes to the ring in an eight-round exhibition with Deji, a YouTuber who picked up his first win in August when beating Fousey on brother KSI’s undercard. His first amateur bout came in 2018 when losing to Jake Paul, who is now 6-0 as a professional after beating Anderson Silva last month.

Deji has admitted he is just “looking to land a punch”, before returning to box other YouTubers and influencers, while Mayweather is likely to continue the exhibitions as long as the money is there.

Also on the card is Tommy Fury, unbeaten in his eight professional fights, as well as Delfine Persoon. Love Island star Jack Fincham makes his professional debut against Anthony Taylor, who was beaten by Fury last year.

TV channel and live stream: In the UK, tonight’s event is being broadcast live on DAZN pay per view.

Live blog: Follow all the action on fight night with Standard Sport’s dedicated LIVE blog of the entire card.

How to Watch Dartmouth vs UMass Lowell: Stream College…