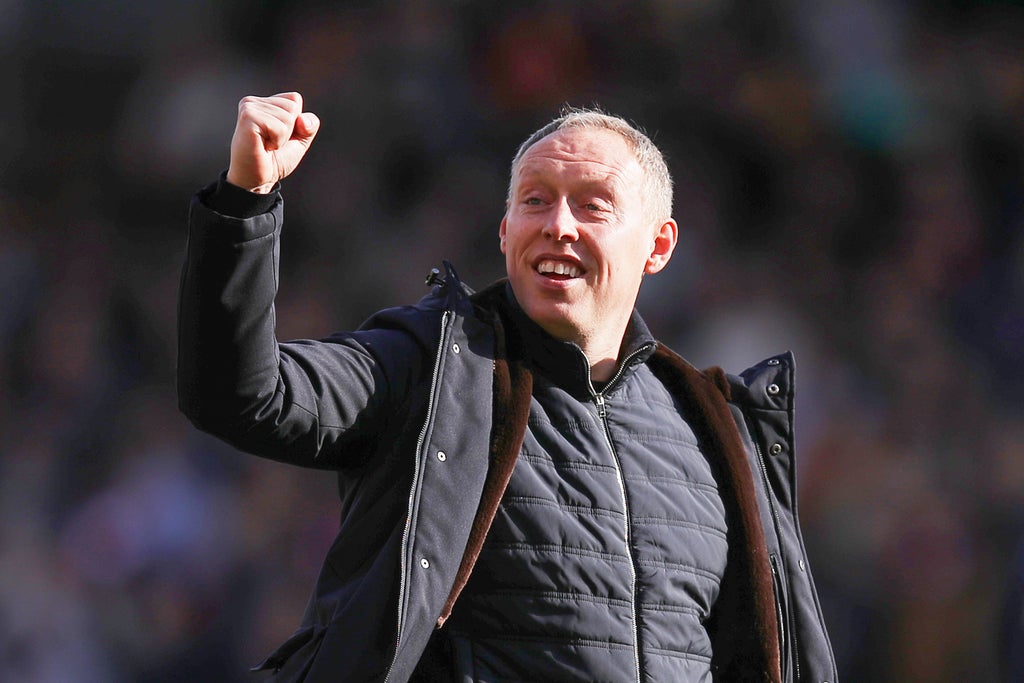 The Premier League and all the financial rewards that come with it are on offer at Wembley, as two sides who are very familiar with each other go head-to-head.

Forest won the most recent meeting, in the fifth round of the FA Cup, while in the Championship it’s one apiece this season after both sides won away from home.

Huddersfield appeared to have left it late to get through their play-off semi-final tie against Luton, as Jordan Rhodes netted an 82nd-minute winner in the second leg, but that was nothing compared to the stress Forest fans had to endure.

Steve Cooper’s side, who were bottom of the table when he took over in September, needed penalties to get past Sheffield United as they kept their dream of a return to the top-flight after 23 years away alive.

Wembley Stadium in London will host.

Where to watch Huddersfield vs Nottingham Forest

TV channel: The game will be broadcast on Sky Sports Main Event and Sky Sports Football.

Ollie Turton was forced off at half-time in the first leg against Luton, with Pipa replacing him and then starting in the reverse fixture at wing-back. It remains to be seen whether Turton recovers in time to play at Wembley.

Jordan Rhodes had to settle for substitute appearances in both legs, but his goal that fired Huddersfield into the final may be enough to earn a start.

For Forest, On-loan Aston Villa forward Keinan Davis had cameo appearances off the bench in the semi-final tie as he made his return from a hamstring injury – he’ll be hoping to force his way into the starting XI.

Forest will definitely be without Lewis Grabban (hamstring) and defender Max Lowe (groin).

It looks set to be an incredibly tight and nervy affair at Wembley.

Cooper has taken Forest on an incredible journey this season, both in the league and the FA Cup, and his side have made it to Wembley in memorable fashion.

But against a Huddersfield side now unbeaten in their last nine matches, they might just fall short on the biggest stage.