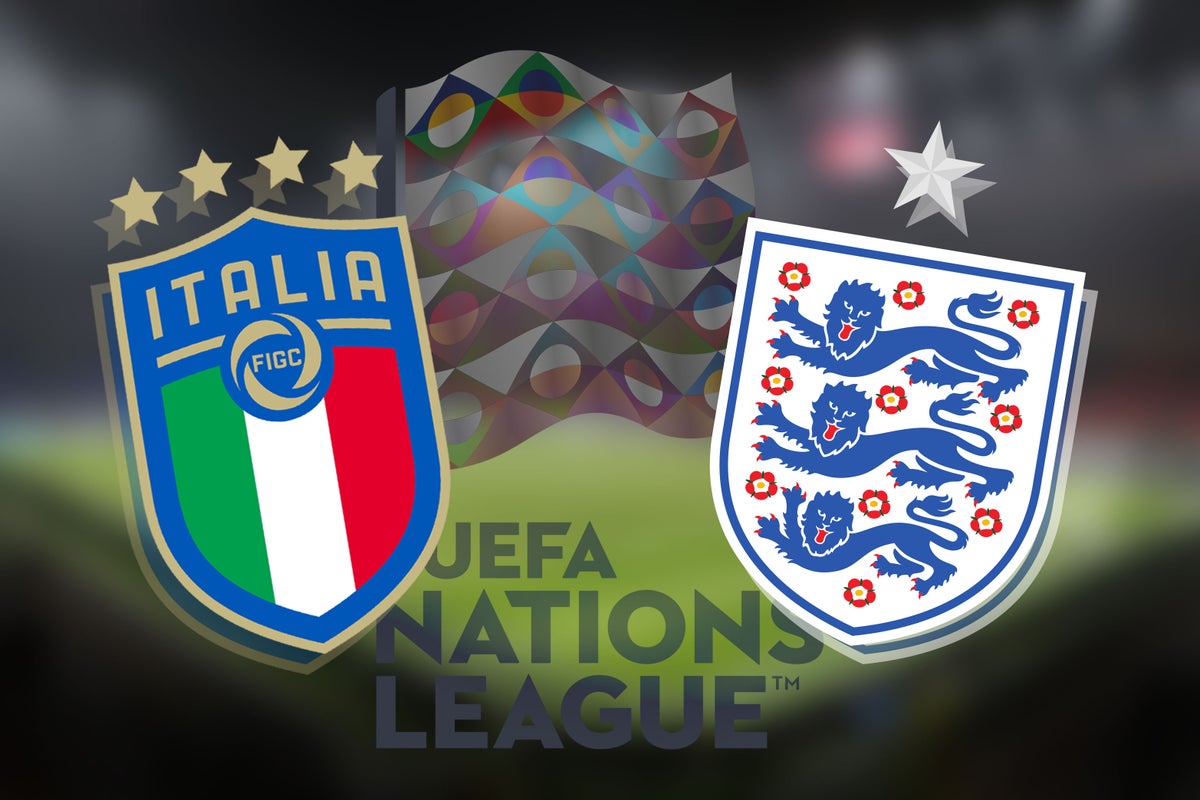 ngland take on Italy in the Nations League tonight, desperate to bounce back from a difficult run of form with the World Cup looming.

While Gareth Southgate’s success has been built on performances in major tournaments, the Three Lions went winless during the last set of international fixtures and were booed off at times, embarrassed by Hungary at Molineux after also losing in Budapest.

Italy, of course, denied England in the Euro 2020 final at Wembley and boast a fine record against them on home soil. Not since 1961 have England won in Italy and a huge improvement will be needed tonight with Qatar looming and the crisis that threatened to emerge earlier this summer.

The penultimate game before the World Cup, Southgate has little time to raise morale. Here’s everything you need to know about this evening’s game.

The San Siro in Milan will host the match.

Where to watch Italy vs England

TV channel: In the UK, tonight’s game will be broadcast live free-to-air on Channel 4, with coverage beginning at 7pm.

Live stream: All 4 (free with a subscription) will also provide a live stream online.

This is one is likely to be cagey. England cannot risk getting played off the park in what has been a difficult atmosphere for them over the years.