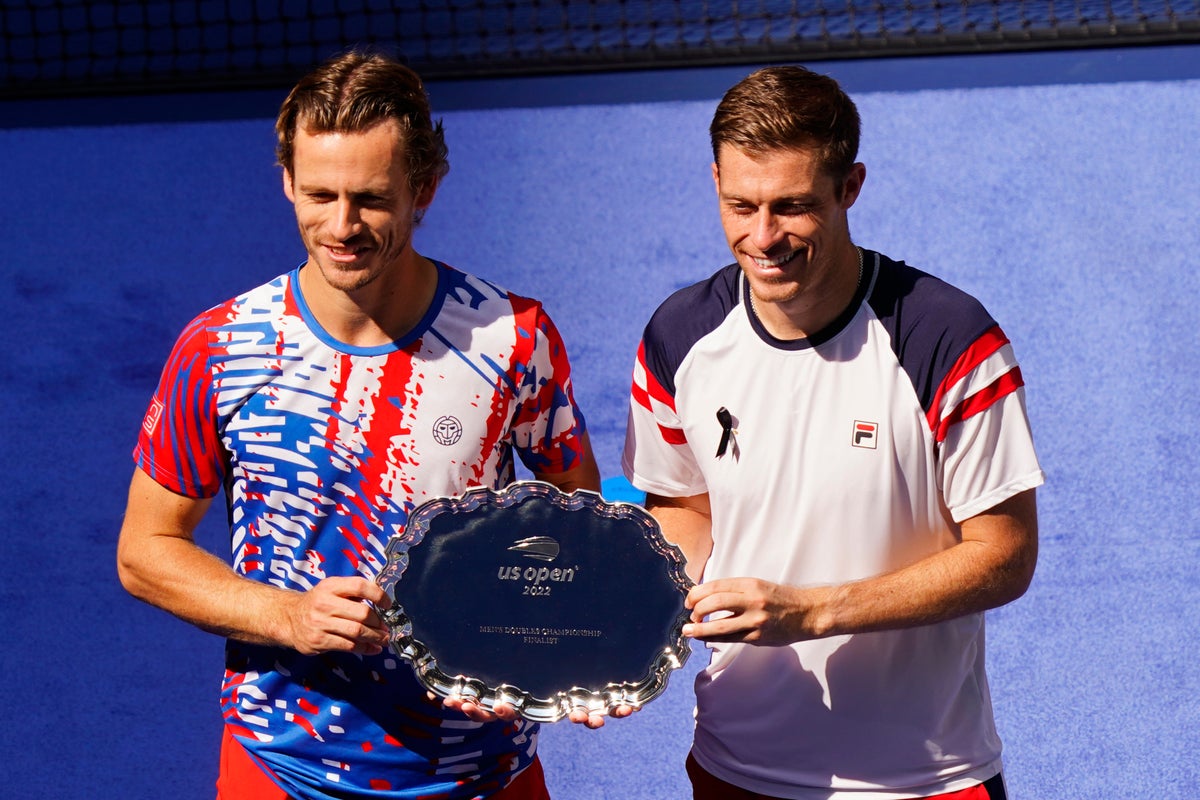 With Neal Skupski and his Dutch partner Wesley Koolhof on the other side of the net, there was guaranteed to be a British winner, and it was Londoner Salisbury and American Ram who came out on top of a tight contest, winning 7-6 (4) 7-5.

It is a third grand slam title together for Ram and Salisbury, who also won the Australian Open in 2020, and they follow in the footsteps of Australian greats Todd Woodbridge and Mark Woodforde, the last team to win back-to-back titles in New York in 1995 and 1996.

The victory also means Salisbury, who has also won two mixed doubles titles, holds on to the world number one ranking. Skupski would have overtaken him had he and Koolhof lifted the trophy.

Salisbury said: “It’s pretty crazy. I can’t quite believe that we’re standing here again. It’s so special to be playing in this incredible stadium and to have that piece of history, to have won this twice in a row, is amazing.”

Both British players showed their respects to the Queen, Salisbury with a black armband and Skupski a black ribbon on his shirt.

As expected, there was little to choose between the teams throughout on Arthur Ashe Stadium. The first set was especially tight, with a nervous first game from Skupski on serve in his first men’s doubles slam final the only slight opening until the tie-break.

Koolhof and Skupski, who have won six titles in a brilliant season, looked to have created a solid lead at 4-1 but some fine returning from Salisbury and Ram helped them reel off six points in a row to take the set.

The first break came in the third game of the second set, when consistent pressure from Koolhof and Skupski saw Ram drop serve, but he and Salisbury hit straight back.

The pressure on the second seeds was growing and, with Skupski serving at 5-6 they set up a first match point, taking it on a Salisbury smash.

UFC 279 live stream: How to watch Chimaev vs Diaz online and card