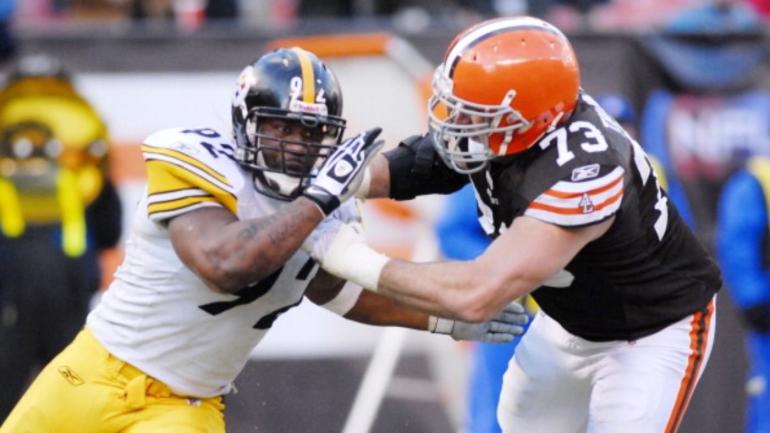 After a decade of battling each other, Joe Thomas and James Harrison are side-by-side as first-time nominees for induction into the Pro Football Hall of Fame. The Hall of Fame announced the 123 modern-era nominees who will be considered for induction next summer in Canton, Ohio.

The list modern-era nominees will be whittled to 25 semifinalists in November. From there, 15 finalists will be announced in January before the official induction class is revealed ahead of Super Bowl LVII. Up to five modern-day nominees can be selected for induction.

In August, the NFL named former defensive lineman Joe Klecko, cornerback Ken Riley and linebacker Chuck Howley as this year’s senior finalists and former coach Don Coryell as a contributor finalist. Each finalist needs to receive 80% of his vote in order to reach induction.

Here’s a look at each modern-era nominee.