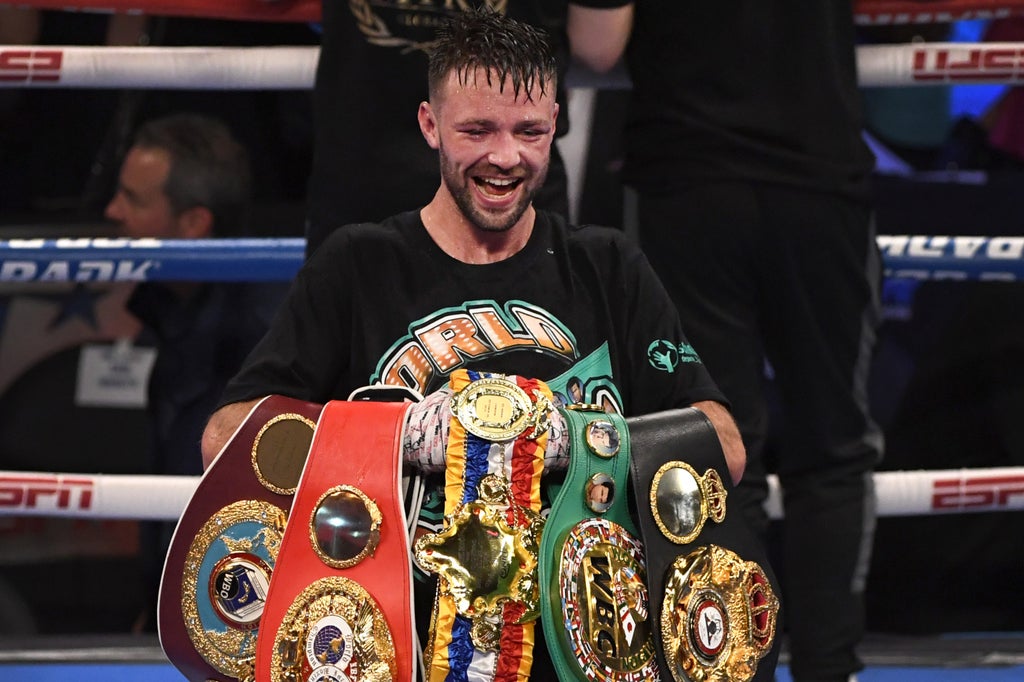 osh Taylor claims he made the decision to vacate his WBA super-lightweight title.

The WBA has ordered Taylor to make a mandatory defence of his title against Dominican fighter Alberto Puello, unbeaten in 20 fights.

The Scot, who last defended the title he won from Regais Progais in 2019 in a hugely controversial points win over Jack Catterall in February, still holds the IBF, WBO and WBC belts.

“The World Boxing Association (WBA) Championships Committee, in accordance with the organization’s rules, has decided that the Super Lightweight title, which was held by the Scottish Josh Taylor, is vacant,” said a WBA statement.

Taylor, however, took to Twitter to reveal he had vacated the title before being stripped.

After beating Catterall, the 31-year-old suggested the win in Glasgow would be his last fight at 140lbs.

How to Watch Miami Heat at Boston Celtics, Game 4: Live…

How to Watch Don’t Forget the Lyrics! Premiere: Live Stream,…

How to Watch Cleveland Guardians at Houston Astros: Live…