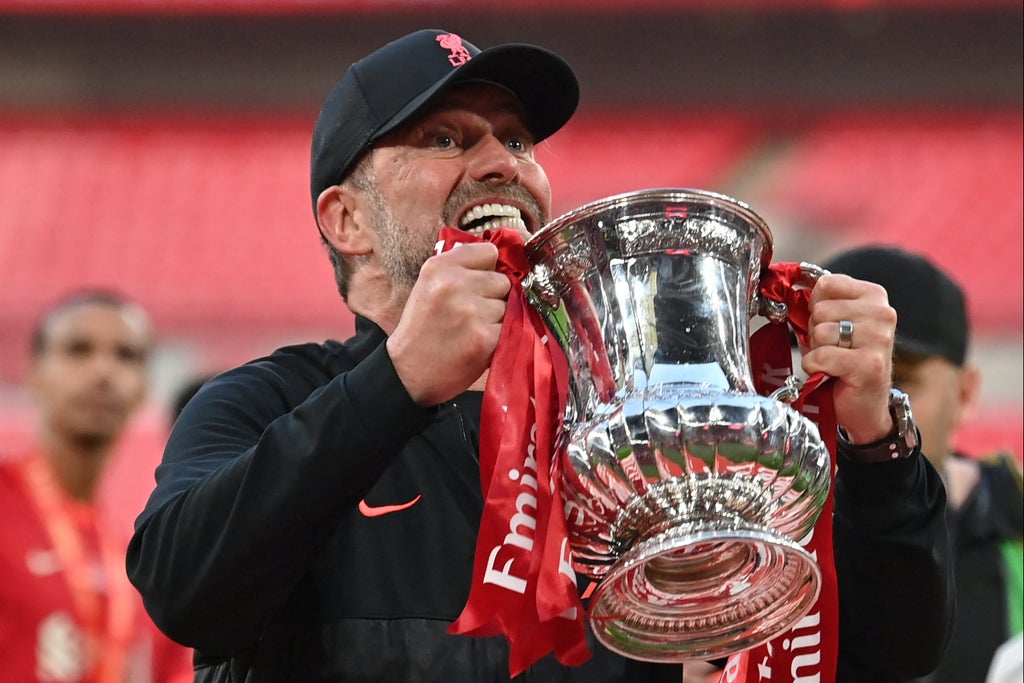 Kostas Tsimikas scored the winning spot-kick after a tense game in which both sides went close, playing out almost a carbon copy of the Carabao Cup final the two contested in February.

Liverpool, who still have a Champions League final to play, saw Mohamed Salah, Virgil van Dijk and Andy Robertson forced off with injuries.

The win completes the set for Klopp, who has now won every major trophy available to him since taking over at Anfield in 2015.

In doing so, the German became only the second manager to ever win the Champions League, Premier League, League Cup and FA Cup with one team, after Sir Alex Ferguson.

Speaking to the BBC after the game, Kopp said: “Outstanding, it was an incredible, intense game against Chelsea – they would have deserved it [the win] exactly the same way, like in the Carabao Cup – that’s how small the margins are.

“I couldn’t be more proud of my boys, the shift they put in, how hard they fought, early changes. I think Virgil is fine but his muscle was hurt.

“All of these things, missing good chances, overcoming good moments from Chelsea, then having really good moments ourselves.

“Then in the penalty shootout, it was nerve-racking, my nails are gone but I really feel for Chelsea – for the second time, 120 minutes and you get nothing, that’s too hard. But for us I’m pretty happy.