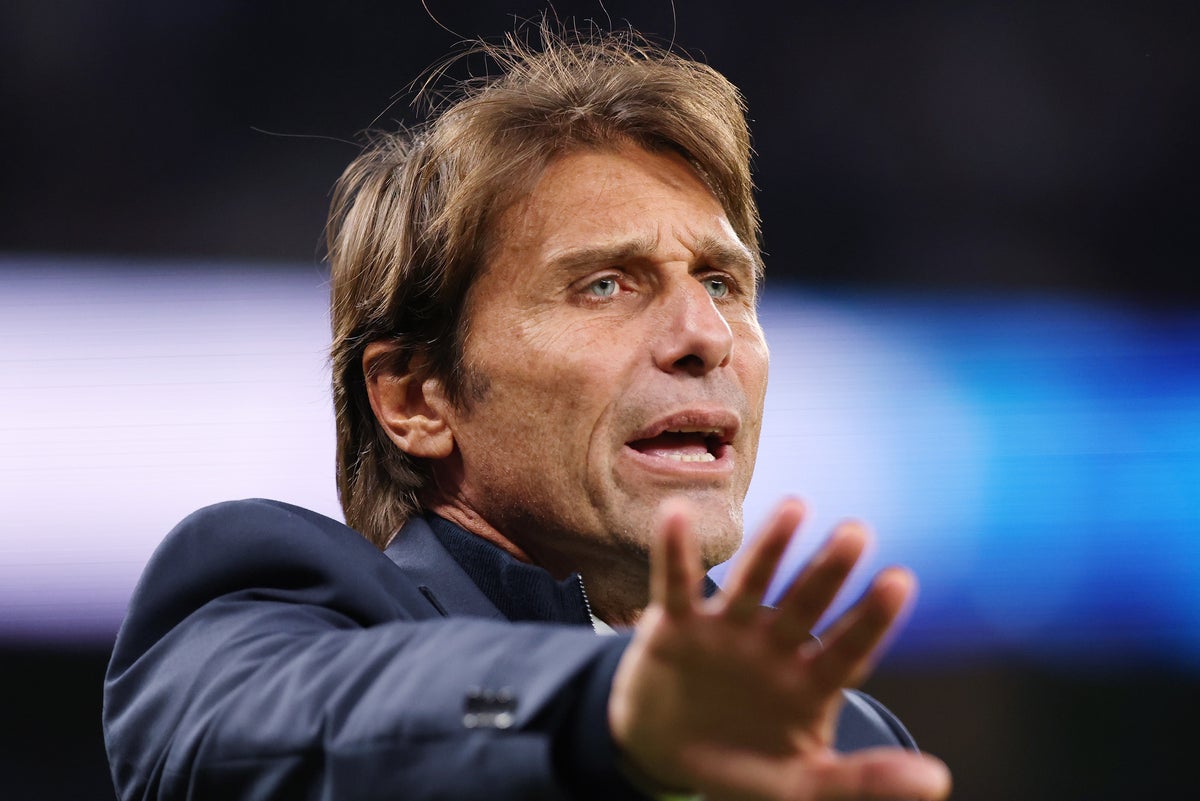 his week has further highlighted certain guarantees about modern-day Tottenham: Harry Kane will score against Leicester, Heung-min Son will come good, Pierre-Emile Hojbjerg will start and Antonio Conte will be linked with another job.

Conte spent the second half of last season stoking speculation over his future by refusing to commit to Spurs beyond the end of the campaign, and it was inevitable that the rumours would resurface this term, with his contract situation unchanged.

Sure enough, Conte is being linked with a return to his former club Juventus, where the 53-year-old won three straight Scudettos in four seasons as head coach.

Juventus vice-chairman Pavel Nedved, who is close to his former team-mate, is said to be pushing to bring Conte back to Turin as a replacement for under-pressure coach Massimiliano Allegri, in spite of reservations from chairman Andrea Agnelli.

The first thing to say is that the speculation suits Conte, strengthening his hand in the constant cat-and-mouse negotiations with chairman Daniel Levy and managing director Fabio Paratici.

Juve are typically reluctant to sack their managers mid-season, so there is every chance Allegri is given time which, in turn, means the links to Conte could run and run. He is unlikely to have any interest in squashing the speculation, and the situation was similar in April when he was linked with the Paris Saint-Germain job as Spurs battled to finish fourth.

Whether Juve and Conte would seriously consider a reunion is less clear. Certainly, it would be wrong to underestimate the appeal of the Bianconeri, particularly as Conte has said he has “unfinished” business with the club he left eight years ago.

His wife and daughter still live in Turin, a situation Conte does not find especially easy, so a return to Italy would likely be attractive for personal reasons.

There is also the obvious allure of restoring Juve’s modern Serie A supremacy, which was both started and ended by Conte himself, and improving their record in Europe.

The first of their nine straight league titles was won with Conte in charge in 2011-12, before his Inter Milan ended the run with their historic Scudetto in 2020-21. AC Milan beat their city rivals to last season’s Serie A to leave Juve without a Scudetto in two seasons.

After just two wins from their opening seven matches, including the shock 1-0 defeat by Monza, Juve are in need of a drastic shake-up and Conte remains one the best coaches in the world, and one of the club’s most celebrated former players and coaches.

There are also reasons to think Conte would not go back, however, with Agnelli’s view of the uncompromising coach a particular factor.

Juventus speculation suits Conte, strengthening his hand in the constant cat-and-mouse negotiations with Levy and Paratici

The pair’s relationship soured during Conte’s first stint at the club and he gave Juve’s directors, including Agnelli, the middle finger during a friendly while in charge of Inter last year, underlining the bitterness of the relationship. It would take a swallowing of pride from both Conte and Agnelli to facilitate a reunion.

Some of the club’s ultras have also turned on Conte, regarding him as a traitor for joining Inter and subsequently ending Juve’s domestic supremacy, which could complicate an approach – particularly when the likes of Thomas Tuchel and Mauricio Pochettino are attractive alternatives.

There is also the question of whether Conte is interested in leaving further unfinished business at Spurs, where he is under contract until the end of the season – with the option to extend the deal.

For all his public grumbling about the club’s ability to compete financially with their top-flight rivals, Conte has been backed by the club like no other manager under Levy, and is building an improving team, who are unbeaten this season despite being nowhere near their best.

He appears conscious of the scale of the challenge ahead and has even spoken of being the club’s own Jurgen Klopp by building a long-term project to compete for the biggest honours.

And perhaps most crucially, Spurs offer Conte the chance to test himself in the fiercest league in the world against the game’s other leading managers. Last season, he pointedly said that coming fourth in the Premier League was equivalent to winning a title in one of Europe’s other top leagues.

A return to Juve mid-season or in the summer would plainly offer Conte a much more immediate chance of winning titles and other big prizes, but restoring the Bianconeri to the top of the Serie A would likely be considered less of an achievement than leading Spurs to a first piece of silverware in over a decade.

If nothing else, Conte is a competitor and this desire to pit his wits against Klopp, Pep Guardiola, Erik ten Hag and others may be crucial in determining his future.