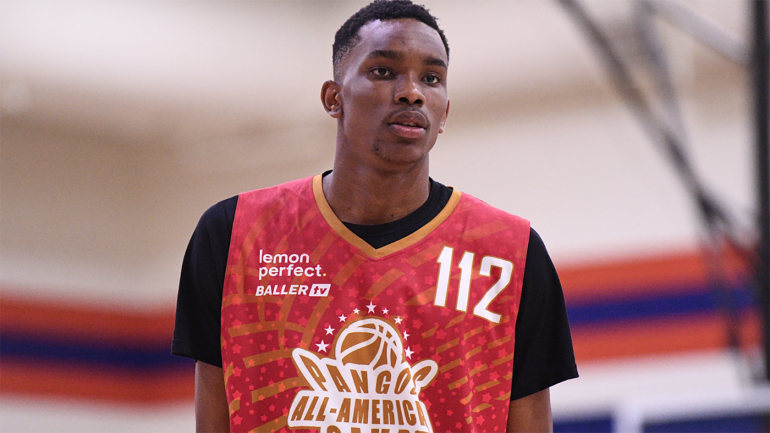 Kentucky reeled in a big fish in the 2022 recruiting cycle on Monday, scoring a verbal commitment from four-star 7-footer Ugonna Kingsley Onyenso to likely put a bow on its incoming class. Onyenso, who plays for Putnam (Connecticut) Science Academy chose UK on 247Sports’ YouTube page over a final group that included Oklahoma State, Oklahoma, Clemson and hometown UConn.

Onyenso, the No. 39 prospect in the 247Sports rankings, was the highest-ranked uncommitted prospect in the 2022 class, thus giving UK one of the last remaining blue-chippers remaining ahead of the 2022-23 season. At 7-foot and 233 pounds, Onyenso just so happens to fill a big need for Big Blue, too: its recruiting class before today did not consist of an incoming recruit who was taller than 6-foot-6.

The Wildcats bring back the reigning national player of the year in Oscar Tshiebwe, a big man who dominated on the glass and in the paint last season, but behind him a clear dearth of depth was a major concern. Not anymore. Onyenso’s size, movement and defensive instincts could make him a candidate to step into a role as a true freshman next season.

Here’s what UK is getting in Onyenso (via a scouting report from Adam Finkelstein just last month):

A 7-footer with a 7-foot-5 wingspan, he not only has game-changing size and length, but also terrific defensive instincts. He was one of the most dominant shot-blockers in all of prep school basketball last year, after arriving at Putnam Science Academy for the second semester. While his defense is currently ahead of his offense, he has a soft natural touch to develop and is also both a lob threat and a rim-runner who changes ends particularly well for a player his size.

Kentucky moved from No. 14 to No. 6 in the recruiting rankings for 2022 with the addition of Onyenso. The commitment likely solidifies another top-10 class for John Calipari – his 14th straight since taking over in 2009 – but would be the first of his tenure to rank outside the top five of the national rankings.

Hokko Life, a cozy and creative sim game, is launching on consoles in September

Digimon Survive: How To Get MetallicGreymon