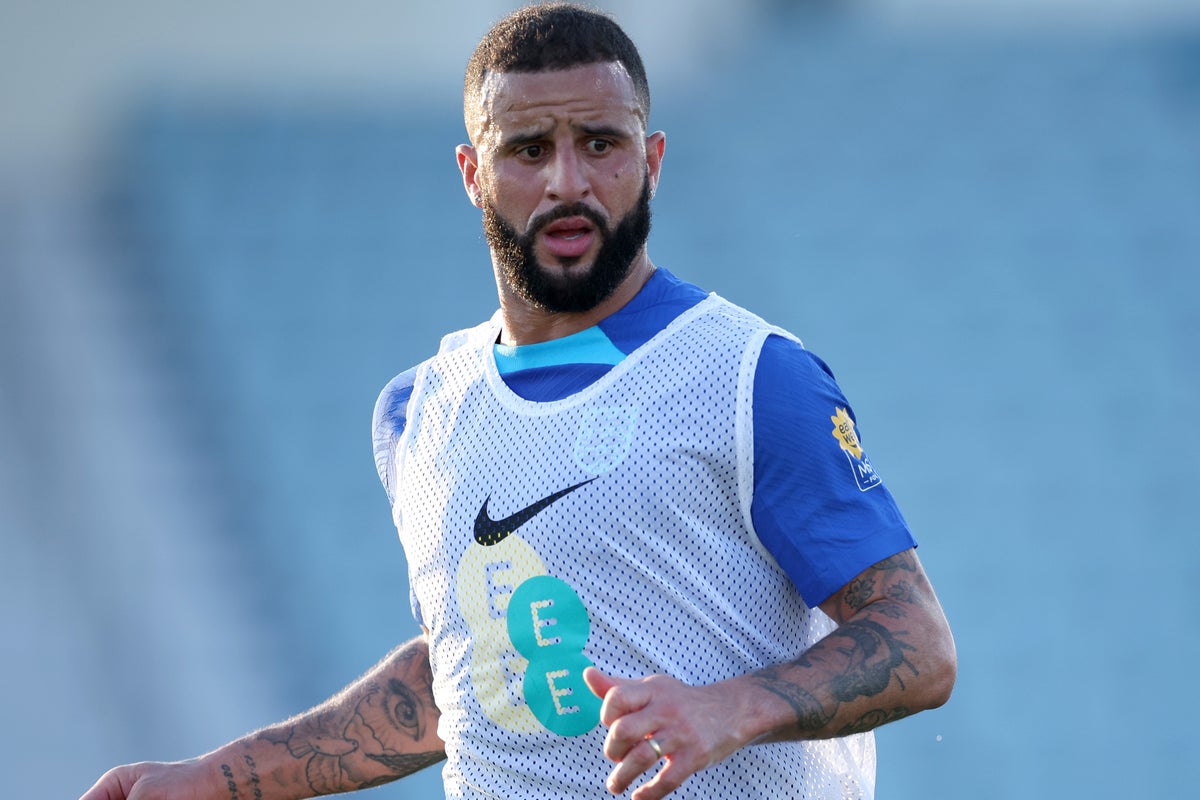 The Manchester City full-back did not feature in Monday’s 6-2 win over Iran after admitting it came too soon in his recovery from groin surgery at the start of last month.

The 32-year-old last played in City’s 6-3 thrashing of rivals Manchester United on October 2 but says he feels “sharp” and ready to go.

Asked if he was fit for the game at Al Bayt Stadium, some 40 kilometres north of central Doha, Walker said: “Yes. Does the manager agree? I don’t know.

“Listen, I’m fit, I’ve been training now for two weeks and I feel sharp. Can you replicate what you do on a match day? Of course I can’t. Me and the physio, me and the fitness coach cannot have an 11 v 11 against each other. We can do as much as we can do before I have to go into training and kick a ball with the lads.

“So I feel good. Obviously the manager has a tough decision to make in picking 11 players from 26.

“I had the operation, it was needed, I probably played three weeks longer than I should have done,” Walker added. “The Manchester United game was the final straw when it popped. It was a rupture on my groin, I got four hooks on my groin, and I did three repairs, but it was going fantastically well, I am really happy, everyone seems to be happy with it.”

Walker was widely considered unlikely to make Gareth Southgate’s World Cup squad after the surgery but says his rapid return to fitness was in part motivated by proving his doubters wrong.

“That’s just been my life — everyone in some way, shape or form, writes me off or says certain things,” he said. “When I signed for Man City, it was ‘can’t believe they paid that much for a full-back’. X, Y and Z. It gives me that motivation to actually go and prove people wrong.

“Again, I have to think first and foremost of myself. And make sure my body is fine and can cope with that and secondly it is proving people which I love to do.”

On Wednesday, City head coach Pep Guardiola agreed a contract extension to keep him at the Etihad Stadium until 2025. The Catalan has won 11 trophies, including four League titles, during six years at City but Walker hopes the reigning champions can scale even greater heights.

“What words can I say that is going to do him justice, really? What he’s achieved, especially since I’ve been there, in the six seasons,” Walker said.

Pep Guardiola has extended his stay at Manchester City

“What a man, what a manager first and foremost. But his results back that up and I think for him to get the contract I think he shows faith in the club and the club show faith in him, in the direction that the club’s moving.

“And hopefully we can go onto new strides and new steps in the ladder to achieve what we want to achieve in club football.“I think it’s great for the Premier League to have a manager like that managing.

“It’s great for Manchester City because he knows the players, we know the staff. It’s not a lot of chopping and changing.“In certain clubs that’s happened and then you’re pressing the reset button again and you’re like, ‘OK, well, new manager – does my face fit?’

“So, it’s great what he’s building at Manchester City and hopefully we can keep going.”

City have four players in Southgate’s squad in Qatar, also including Stones, Kalvin Phillips and Jack Grealish, while Raheem Sterling worked under Guardiola for six years before joining Chelsea in the summer.

Walker says it is no surprise that Guardiola has taken to English talent and believes the current squad have more technical quality than past icons like Wayne Rooney and David Beckham.

“I think you see the likes of Phil Foden, Mason Mount, Jack Grealish, Declan Rice,” he said. “These players are not as what we’ve seen growing up from the England team, where it’s about you wear your heart on your sleeve and you go out and your hard work gets you through the games.

“Obviously that’s no disrespect to any of the players — Wayne Rooney, Joe Cole, David Beckham… these players had an array of talent but probably not as much talent as what these have got.

“It’s a joy that the English game is actually developing in that way.”