Kyrie Irving met with Joe Tsai Thursday, but he is unlikely to return during upcoming road trip, per report 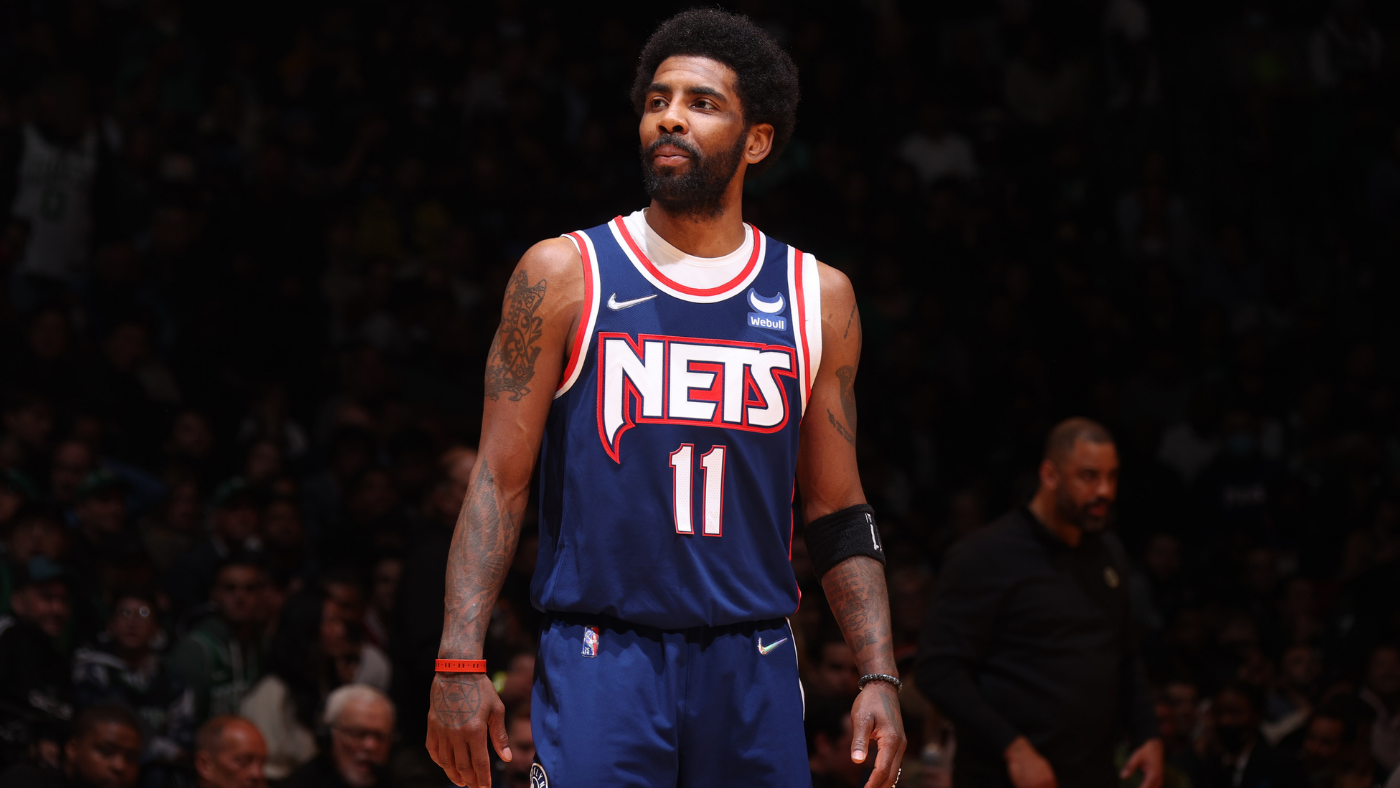 Kyrie Irving met with Nets owners Joe and Clara Tsai on Thursday, and while that meeting reportedly was productive, there appears to be no momentum towards a return during Brooklyn’s upcoming four-game road trip, according to ESPN’s Adrian Wojnarowski. Irving’s suspension will last a minimum of five games, but there is no defined endpoint. The Nets have given Irving the following list of six steps to complete before he can return to the team.

Apologize and condemn the movie that he posted on his social media accounts.Make $500,000 worth of donations to anti-hate causes.Take sensitivity training.Take Antisemitism training.Meet with the Anti-Defamation League and Jewish leaders.Meet with Joe Tsai to demonstrate understanding of why his actions were wrong.

Only after all six steps have been taken will Irving be able to return to the floor. It is not clear at this stage which steps have and have not been taken. Irving is still expected to engage with a number of constituencies, including meeting with leaders of the Jewish community, before he returns, according to Wojnarowski. “Clara and I met with Kyrie and his family yesterday,” Nets owner Joe Tsai tweeted Friday. “We spent quality time to understand each other and it’s clear to me that Kyrie does not have any beliefs of hate towards Jewish people or any group.”

“Joe [Tsai] put out that statement yesterday, kind of shows where the collaboration and alignment is right now, I have no update on timetable at all,” Vaughn said.

When asked if Irving would be available during the road trip at all, Vaughn said he doesn’t know.

“I do not know, I do know he’s not available tomorrow, I have been told that,” Vaughn said.

Shortly thereafter, Nets owner Joe Tsai noted that Kyrie “still has work to do” when asked if Irving would return during this road trip.

If Irving does not return during this road trip, the first possible game he could play would be on Nov. 20 against the Memphis Grizzlies in Brooklyn.

On Friday, the NBPA issued a statement of its own addressing Irving’s return. “We have been working closely with Kyrie, the Nets organization and the NBA to develop a plan to move forward through forgiveness, understanding and healing,” it reads. The NBPA has been adamant that “Kyrie’s rights, and the rights of all future players, have been protected at every turn,” according to a memo. That will make it difficult for the Nets to keep Irving out indefinitely, but for the time being, it does not appear as though he will return during this upcoming road trip.