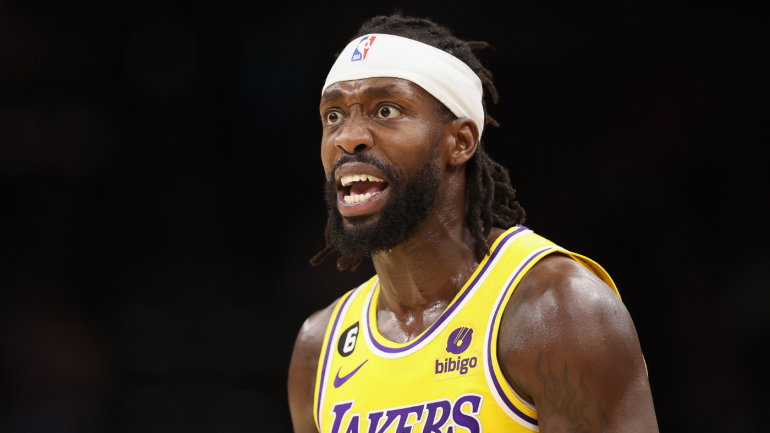 From the looks of it, Beverley didn’t like the seven-foot Ayton standing over Reaves, who was knocked to the ground after a flagrant foul (contact with the face) from Devin Booker.

That is not a shove. That’s a running-start, shoulder-leading level job. It would be shocking if Beverley doesn’t end up suspended for at least a game, if not multiple games, for that act. You can understand Beverley not liking Ayton seemingly taunting a teammate on the ground, but that is entirely uncalled for.

“[Patrick] needs to stop pushing people in the back,” Devin Booker said of Beverley’s hit. “Push them in the chest. That’s all I’ve got to say.”

Suns coach Monty Williams called it “silly” that Beverley shoved Ayton in the back and said the league definitely needs to look at the play. The Lakers, of course, had a different view of the incident.

Maybe in the old NBA, Beverley gets away with that. But not today. The Lakers, despite a monster performance from Anthony Davis (37 points, 21 rebounds, five blocks, and five steals), lost the game 115-105 to fall to 5-11 on the season and are the NBA’s only team without a road win.

As a result of the suspension, Beverley will now miss a pair of road games against the San Antonio Spurs as well as a matchup against the Indiana Pacers.