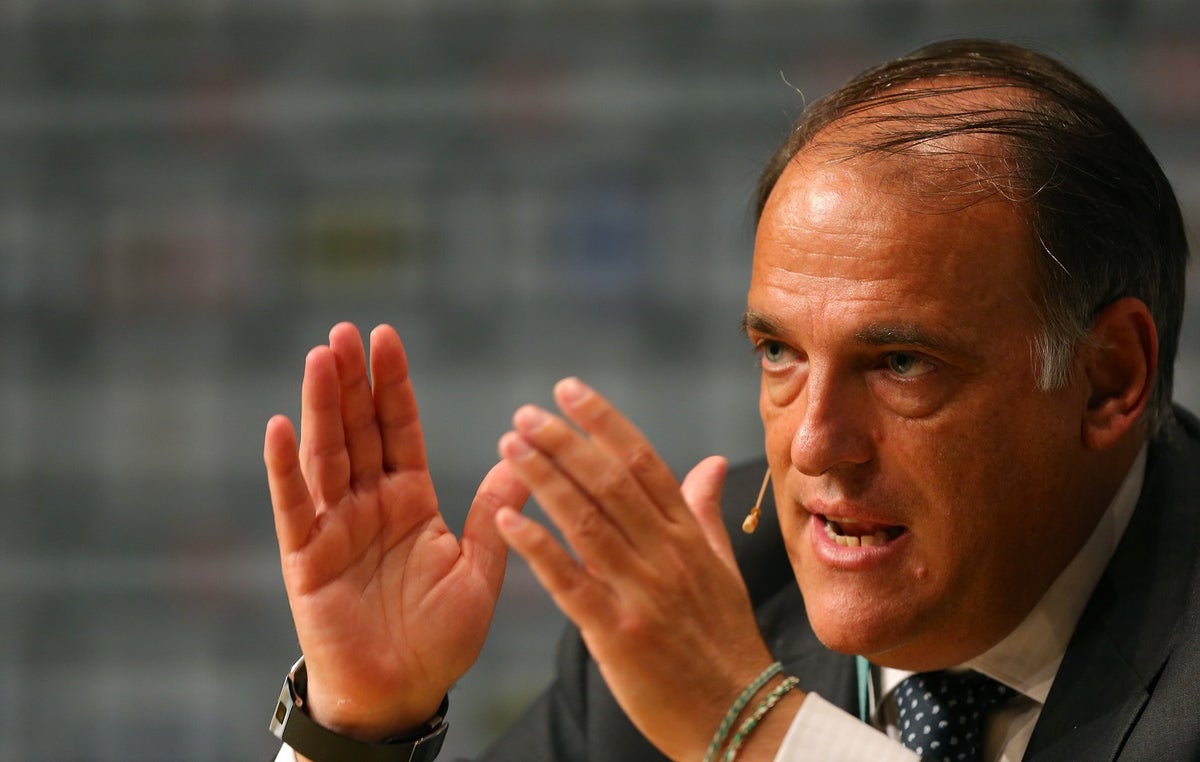 a Liga president Javier Tebas is preparing a report for UEFA after criticising the Premier League for ‘unsustainable spending’ and for causing ‘transfer inflation’ after the league outspent their Spanish counterparts more than 20 times over.

The Premier League clubs had a total summer transfer window spend of over £2billion compared to La Liga’s £404million, but the English sides’ net spend was €1352m compared to Spanish football’s €52.4m.

Chelsea broke the world record spend in a single summer with a £273m outlay, while 13 of the top 20 spending clubs in Europe came from the Premier League.

With only Barcelona in the top 20 from Spain and much stricter controls on clubs in their league, Tebas has prepared a report to UEFA.

“Premier League revenues are 1.8 times more than LaLiga or Bundesliga but this negative amount is 20 times more than the Spanish league which has very good financial control,” Tebas said in a public presentation LaLiga Squad Spending Limits.

“Something doesn’t make sense there, so what’s happening? There’s a lot of chequebooks coming out from clubs like Manchester City that sign a certain amount of players. Even the Championship lost €3bn over five years. The contributions of capital from club owners from Premier League clubs to compensate losses compared to LaLiga.

“There were €277m in capital increases in La Liga. €2376m in Premier League which are contributions and loans provided. In the Championship it was €1385m. It would be normal if they signed twice as many players but they have spent much more than even that. This can only be possible if the owners get out their chequebooks and these are different models.

“I know the Premier League has a model to limit losses to £108m, do we want unsustainable models? What happens if the owners stop spending the money? We could let the sheiks and big companies come in here to buy out clubs. PSG can get more gas whenever they need to buy more players or use a related business.

“The football industry has changed and there’s much more money. If there’s no control then we could endanger the industry itself. The two competitions that are the most sustainable are La Liga and the Bundesliga and we have to really fight for sustainability.

“10 years ago we weren’t like the Bundesliga but we are now. We’re going to put all this to UEFA and it is important for all the other European leagues as we want sustainable European football.”

Tebas has cut a controversial figure in European football, repeatedly criticising Manchester City and Paris Saint-Germain for their funding and through his battles with Barcelona and Real Madrid’s leadership to stop the Super League.

His league’s strict FFP controls have caused Barcelona to sell off intellectual property and merchandising assets, which they call ‘levers’ to remain competitive amid spiralling debts.

It is something that he is happy about doing after seeing UEFA put Chelsea, West Ham and Nottingham Forest on their Financial Fair Play (FFP) watchlist and requesting more information about their finances.

“We’ve had a pandemic so it is impossible for them to do that if they didn’t have contributions from the owner’s chequebooks,” he added. “If in Spain we did that, let everything go and let rich people buy our clubs then that’s an option but we would rather have a sustainable league like the Bundesliga.

“We know what our football is about. We don’t want our clubs getting high debts so they can buy players. In our league, this is not allowed. This is the model we defend.”