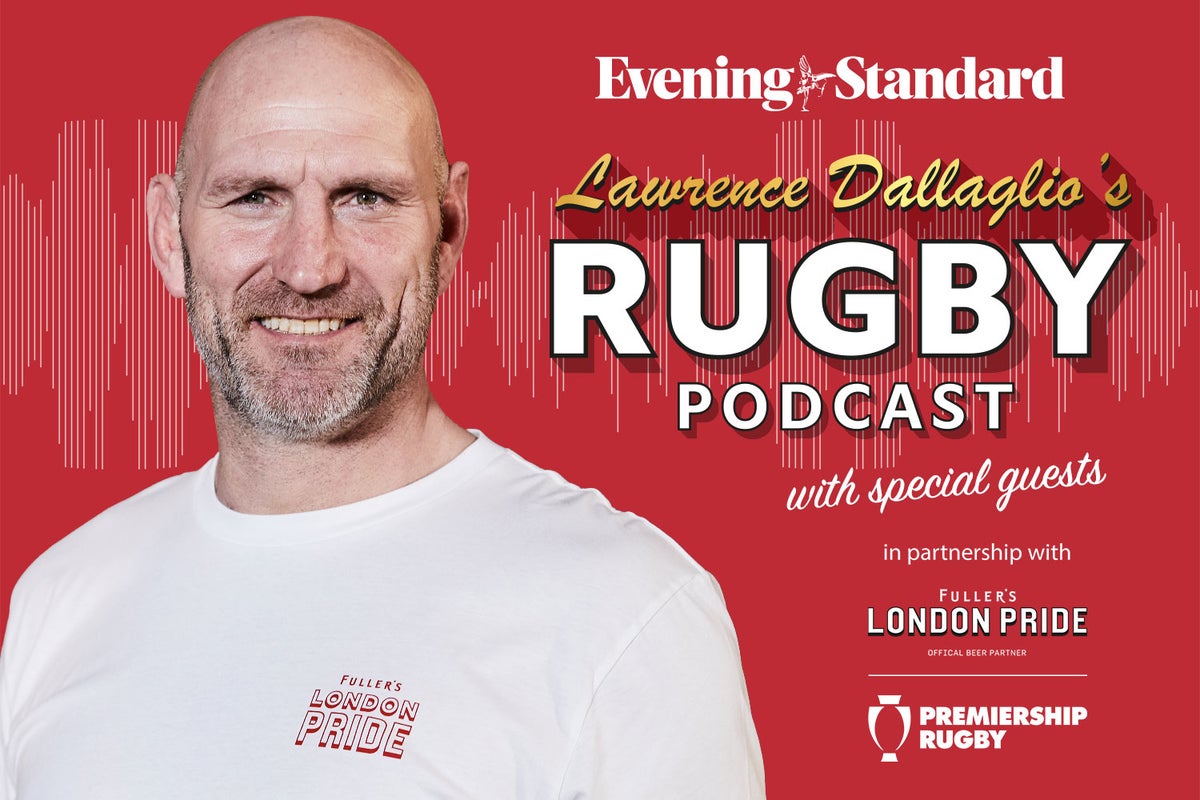 oin England legend Lawrence Dallaglio and some of his mates in his brand new podcast as they chat about the latest rugby news and action, as well as making time to reminisce about their playing days and old rivalries.

Throughout the Six Nations and across the course of the season, the former England captain will bring insight and analysis on the game’s major talking points alongside a rotating cast of guests.

Back for a new season, in this episode Lawrence welcomes Sarra Elgan as his co-host, along with Steve Cording from the Evening Standard.

This week’s special guest is the most capped Harlequins player of all time, and former England full back, Mike Brown, who shares his future plans away from the rugby field, discusses who he thinks should be in England’s starting back three and also reveals which superhero he’d most like to be.

Plus the team take an in-depth look at the weekend’s results and select the players they think have been outstanding.

Sarra Elgan chats to Lawrence and his guest, former England and Saracens centre Brad Barritt, about their experiences of playing at Twickenham and what gets said in the changing rooms before a game.

In this special episode Lawrence is joined by Simon Massie-Taylor, the CEO of Premiership Rugby, and also by former Leicester, Lions & England player, Ben Kay.

Sarra Elgan sits in for Lawrence again this week and is joined by Leicester, England and Lions legend, Ben Kay; captain of Harlequins women’s team and former England centre, Rachael Burford; and host of the Sale fan podcast, The Shark Tank, James Madeley.

With Lawrence away, Sarra Elgan stepped in as guest presenter. Joining her to discuss all the weekend Premiership action was Leicester, England and Lions legend, Ben Kay, ES journalist Will Macpherson, and Michael Wood, who is co-host of the award-winning Two Woods, Four Quarters: A Harlequins Podcast.

Lawrence is joined by Sir Clive Woodward and Harlequins captain, Rachael Burford. The men’s Six Nations may be over but conversations around England’s lack of performance continue.

Lawrence welcomes Scottish legend Greig Laidlaw to the podcast and after discussing Italy’s amazing win, Ireland’s victory and France’s Grand Slam the talk inevitably turns to England and the future for Eddie Jones.

Lawrence is joined by rugby royalty and one of the greatest players of all time, Brian O’Driscoll (BOD). Plus Bill Pulling from the London Irish ‘Exile Nation’ podcast.

Lawrence is joined by London Irish legend, Topsy Ojo, ES sports journalist, Will Macpherson, and Bristol fan and host of the Bears Beyond the Gate podcast, Tony Cox.

Lawrence and former France back Thomas Castaignède discuss England’s performance in Rome against Italy and look ahead to round three of the Championship.

The Evening Standard’s Will Macpherson brings the latest rugby news, and hosts the in-show quiz “Over the Line or In the Bin” where Lawrence and guests vie to be crowned the champion of rugby trivia: do you know how the Calcutta Cup was made?

5 Letter Words with SAIN in Them – Wordle Clue