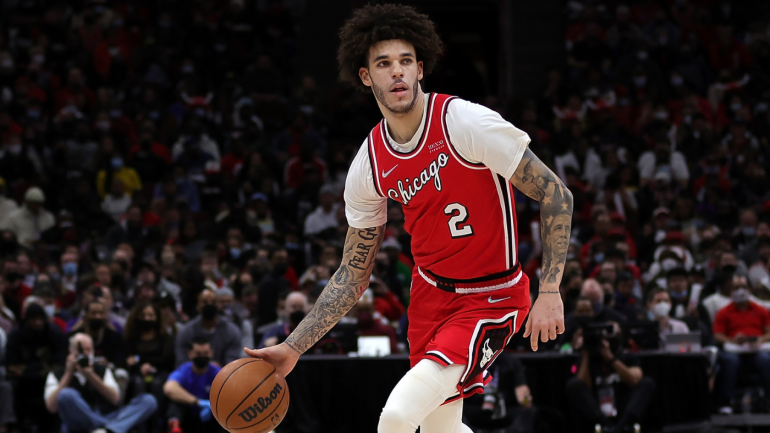 The Chicago Bulls announced Wednesday afternoon that guard Lonzo Ball will undergo knee surgery on Sept. 28 and will be re-evaluated in 4-6 weeks. This comes after Ball was considered “doubtful” to be ready for the start of the regular season as he’s dealt with persistent knee pain stemming from a torn meniscus last season.

Ball tore his meniscus in January, and missed the rest of the season after several setbacks in his rehab process. As he continued his rehab throughout the offseason, those setbacks continued to happen as he tried to ramp up basketball activities, pushing his return date back further.

This is a significant blow for the Bulls, and an even tougher situation for Ball, whose NBA career has been riddled with injuries. In five years in the league, he’s averaged around 50 games a season, and this latest news suggests he’ll be limited once more this upcoming season.

When Ball was healthy last season for the Bulls, he was a key part in Chicago getting out to such a hot start. His playmaking and 3-point shooting, coupled with his tough defense had the Bulls at the top of the Eastern Conference two months into the season. However, once he went down, Chicago’s stout defense faltered, and while Ayo Dosunmu and Alex Caruso tried their best to fill in for Ball, the Bulls weren’t able to recapture that early season success and fell in the first round of the playoffs to the Milwaukee Bucks.

With Ball expected to be sidelined for the start of the season, the Bulls will have to turn to the likes of Dosunmu, Caruso and newest addition Goran Dragic at the lead guard position until he’s able to return. The slightly good news is with the Bulls set to open training camp on Sept. 27 and preseason starting right after that, Chicago will have some time to build up chemistry with whoever starts in place of Ball.

How to Watch Minnesota at Michigan: Stream Women College…