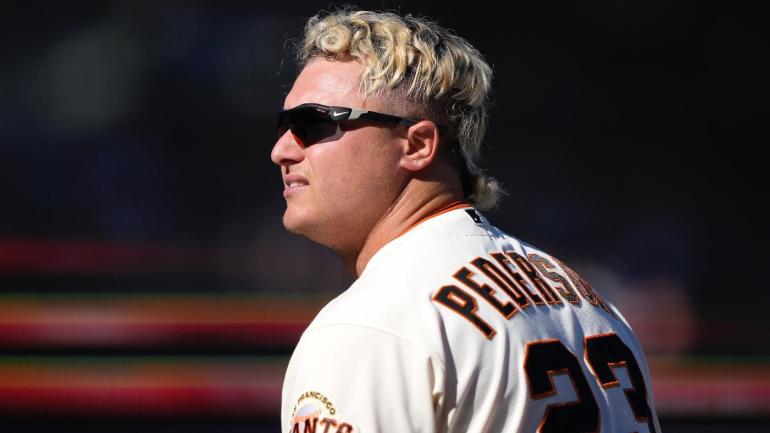 Even though the fantasy football drama between San Francisco Giants outfielder Joc Pederson and Boston Red Sox outfielder Tommy Pham is in the rearview mirror, other teams around the league will not let them forget about it. The Milwaukee Brewers trolled Pederson over the incident when the Giants came to town on Thursday.

When Pederson took the plate at American Family Field, the Brewers threw an interesting bit of player trivia up on the jumbotron. The Brewers noted that Pederson is “very familiar with the bench/IR rules in fantasy football.”

Pederson did get a little payback by hitting a home run in the second game of that double-header.

The dispute between Pederson and Pham came to light when Pham, on the Cincinnati Reds at the time, slapped Pederson over a fantasy football controversy.

Pham maintained that Pederson cheated by moving a player listed as out to an IR spot in order to pick up another player. Pham confronted Pederson in the league’s group chat, but the altercation escalated when the two met in person prior to a game between the Reds and Giants.

In the fallout of the incident, Pham blasted the former league commissioner, Los Angeles Angels superstar Mike Trout, for not enforcing the rules.

“Trout’s the worst commissioner in fantasy sports,” Pham said, via The Athletic. “Because he allowed a lot of s–t to go on and he could’ve solved it all. Nobody wanted to be commissioner, I didn’t want to be the f—ing commissioner. I’ve got other s–t to do. He didn’t want to do it; we put it on him. It was kind of our fault too, because we made him commissioner.”

The slap earned Pham a three-game suspension, and he is no longer in that fantasy football league.