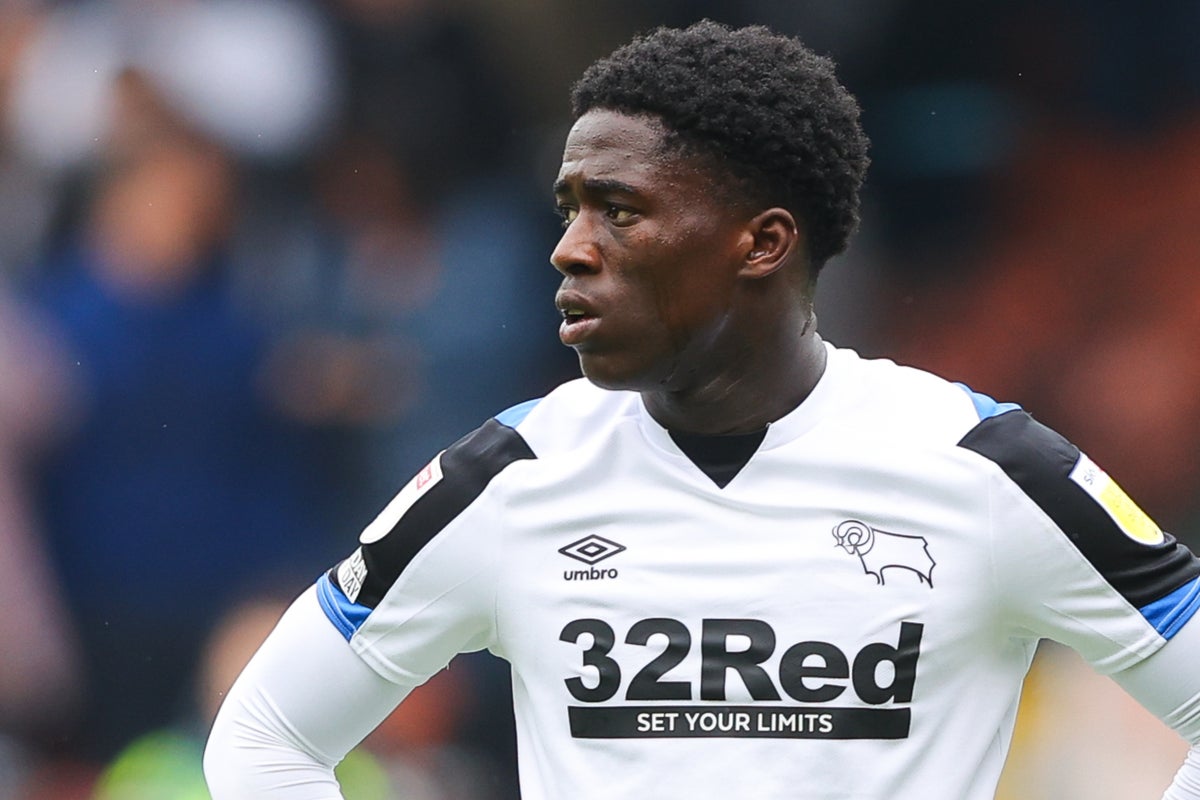 United have been heavily linked with Ebiowei but he is set to turn down interest from Old Trafford in favour of a free transfer to Selhurst Park. The teenager is expected to sign a five-year contract at Palace.

Ebiowei enjoyed a breakthrough season under Wayne Rooney at Derby last season, playing 16 times in the second half of the campaign as they were relegated from the Championship.

Rooney has praised Ebiowei, who has represented both England and the Netherlands at youth level, and said the teenager “has got a really bright future”.

Speaking in March, Rooney said: “He has got an enormous amount of ability, he is brave, he will take the ball. He is not afraid to take players on, to get tackled, to make mistakes.”

Ebiowei is out of contract at Derby at the end of the month and Palace have raided the crisis club again after also signing teenage striker Luke Plange in a £1million deal in January.

Plange was loaned back to Derby for the second half of last season but will link up with the Palace squad for the start of pre-season.

Palace have also agreed a deal to sign England goalkeeper Sam Johnstone on a free transfer when he leaves West Brom at the end of the month.

They are also hoping to secure a deal for Lens midfielder Cheick Doucoure.