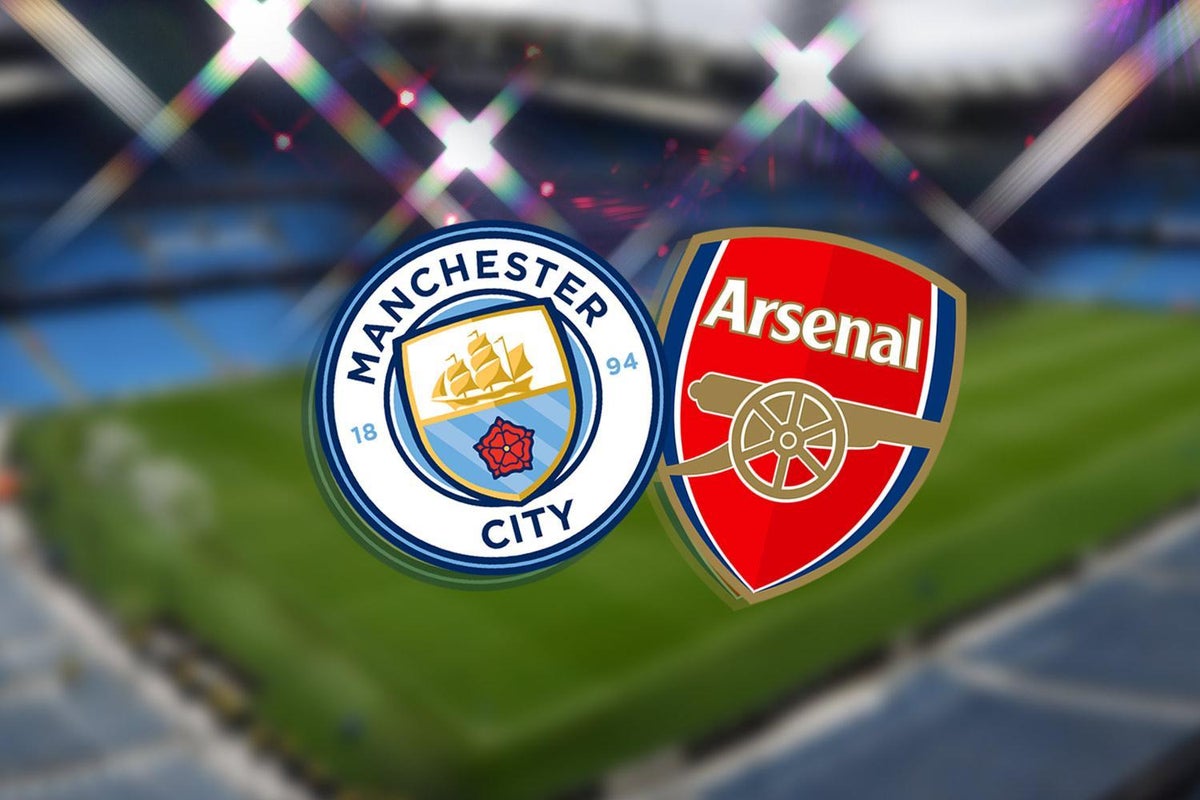 remier League title rivals Manchester City and Arsenal will be looking for a timely victory over one another on Friday night as they face off in the FA Cup fourth round.

Sitting second and first in the top-flight standings, City and the Gunners are the two best teams in the country vying for the top prize but are expected to take this clash seriously in the search for silverware.

Arsenal overcame City in their previous FA Cup meeting and will know a repeat result will likely affect their rivals’ confidence ahead of their league meeting less than three weeks later. Much is on the line, and not just a place in the fifth round.

The match will take place at the Etihad Stadium in Manchester.

Tottenham Hotspur FC via Getty I

Where to watch Man City vs Arsenal

TV channel: In the UK, the match will be televised live on ITV 1.

Live stream: Fans can also catch the game live online via the ITVX app and website.

Live blog: You can follow all the action on matchday via Standard Sport’s live blog, with expert analysis from Simon Collings at the ground.

Manchester City have a completely clean bill of health, though as ever Pep Guardiola will have plenty of selection decisions to make.

John Stones and Ruben Dias are fit again, though the latter may not be risked after a lengthy absence. Joao Cancelo has lost his place after a string of poor displays – will he be given a chance against the league leaders?

Erling Haaland will start, but his supporting cast remains up for debate. Riyad Mahrez and Jack Grealish are the most obvious choices, but Phil Foden could be handed another opportunity. Kevin De Bruyne should also keep his place.

Arsenal also have no fresh concerns, with Gabriel Jesus, Reiss Nelson and Mohamed Elneny the only absentees.

Mikel Arteta has been able to field his strongest line-up against both Tottenham and Manchester United, and should keep faith with the same players rather than risk losing momentum at the toughest stadium to visit.

Arsenal look in imperious form and absolutely brimming with confidence after beating Manchester United in the final minute.

However, United laid out a rough plan of how to beat the Gunners, and Pep Guardiola will as ever have his own ideas.

City were much improved against Wolves, and Erling Haaland got his fourth hat-trick of the season, so should have too much for the Gunners.

Crown prince, for one Crossword Clue