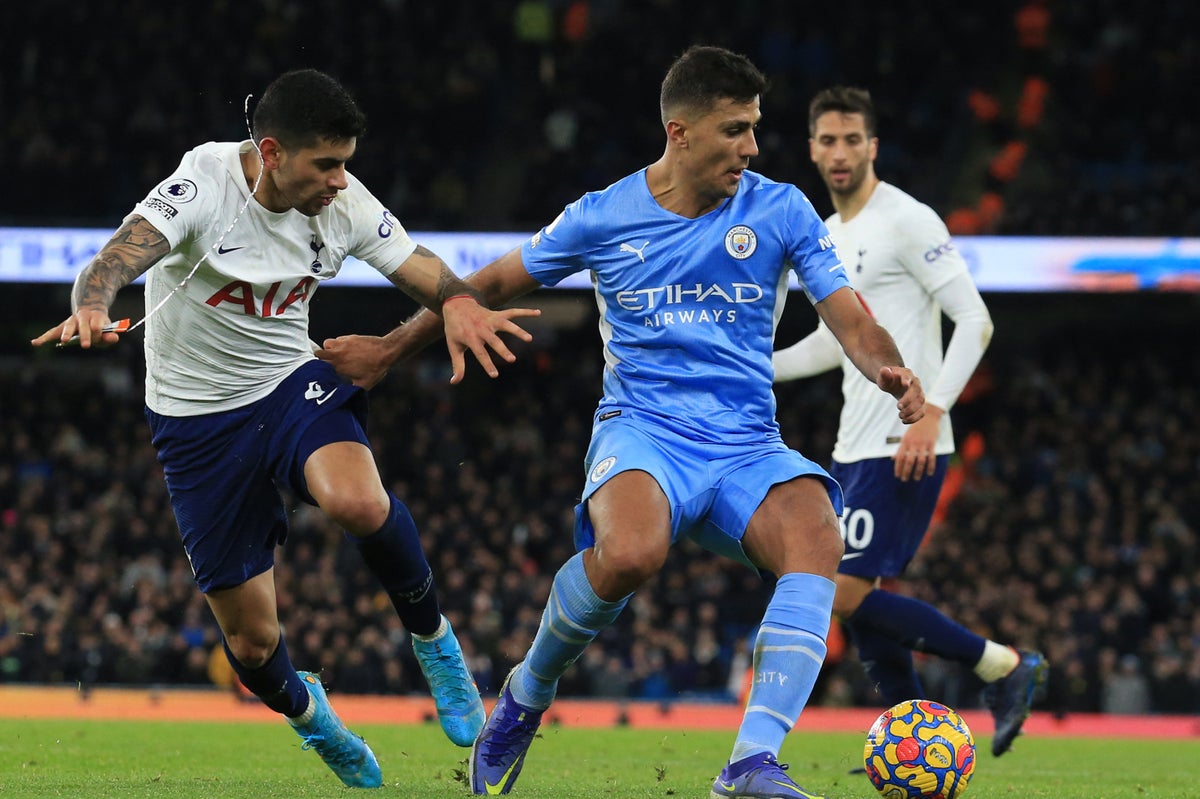 With Antonio Conte at the helm, big things were predicted of Spurs this season and expectations were raised further after an ambitious summer of spending.

While there is surely more to come from Conte’s side in terms of overall performance, Spurs sit third in the table, yet to taste defeat thus far. In Harry Kane, Heung-min Son, Richarlison and Dejan Kulusevski, they boast one of Europe’s most prolific frontlines while only Liverpool and City of last season’s top six have conceded fewer goals.

Only a point behind leaders Arsenal, they could even go top with a win over their bitter rivals when domestic football returns next month, albeit only for a few hours.

A title-winner with Juventus, Chelsea and Inter Milan, Conte cannot be ruled out and Rodri believes Spurs are contenders.

Speaking to Gazzetta dello Sport, the City star said: “They have put together a great squad and they have a manager who has very clear ideas and who knows how to convey them perfectly.

“They know what they have to do and they do it with great precision. I see Spurs as candidates for the title. Conte’s career speaks for itself.”

How to watch The Amazing Race season 34 online from anywhere