Mark Noble: ‘I’ll be lying on a beach next year – Craig Dawson will be marking Erling Haaland!’ 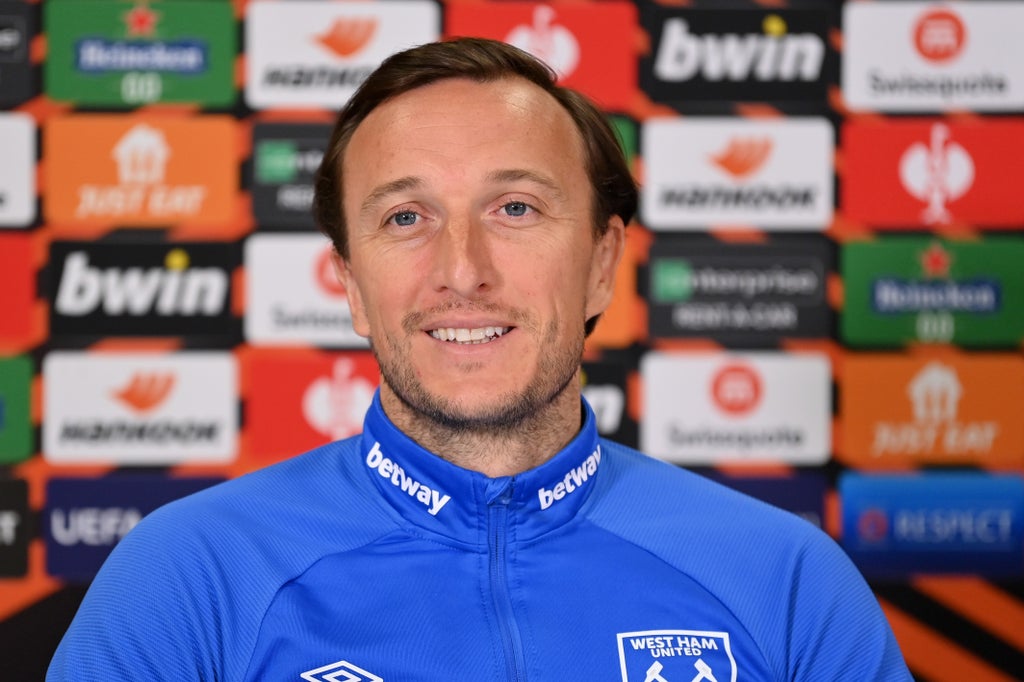 t was before last season had even ended that Mark Noble announced this campaign would be his last and at no point since – even when Champions League qualification by winning the Europa League was a distinct possibility – has he erred from his decision.

Now that the end has arrived, Sunday afternoon’s meeting with Manchester City set to be his final home outing in West Ham colours, the 35-year-old recognises the privilege in being able to walk away on his own terms after a career that has spanned 18 years and almost 550 Hammers appearances.

“I feel like very rarely do people get their exit right, whether in work, in business – you always feel, ‘Maybe I will go again’,” he said.

“From the feelings I’ve had this year and what the players have done for us in the games we have had, it’s perfect. Because I know what I will do if I don’t and I keep on trying to play: I’ll regret it and I’ve never regretted anything up until now.”

It helps, too, that Noble could hardly be leaving his boyhood club in a better position, on the cusp of securing a second successive season in Europe, ambitious and upwardly mobile under David Moyes.

That did not look like a luxury likely to be afforded to the midfielder even a couple of years ago, when the Hammers were fighting for Premier League survival, or back in 2018, when fan unrest around the move to the London Stadium was at its peak.

“There were tough times but there was no way I was going to walk away and leave the club,” he said. “If I had done, I wouldn’t have had the moments I have had this year. Sometimes it is easy to go, ‘Do you know what? I can’t deal with this anymore and I am going to go to another club’.

“That is the easy option. I never had that thought in my mind. I was always going to strive to make the football club the best it can be, to drag the players with me, to help the staff here because everybody is affected when the club is not doing well and thankfully I have done that.

“It would have been a lot harder for me to walk away if the club was in a tougher situation or it was struggling because I always felt a responsibility to get us out of the rubbish, if you know what I mean. It’s a lot easier to leave on a good note.”

Man City, who can all-but secure the title with victory at the London Stadium, are hardly the ideal opposition for a sunny end of season swan-song, but Noble insists he would not have it any other way.

“If I am honest, when the fixtures came out this year and I knew my last game at home was against Man City, [Aaron] Cresswell text me with laughing faces but for me, I was buzzing,” he said. “To go out against some of the best players and the best manager in the world, a club that has grown massively over last 10 years and won numerous trophies, and now I regard it as one of the best clubs in the world, it is a glamorous tie in my last game and that is fantastic.”

City’s rise is perhaps the most appropriate case study to sum up the way English football has changed across the course of Noble’s career, the Manchester club having dropped as far down the pyramid as the third tier while he was playing academy football, and now stand on the brink of a fourth top-flight title in five seasons.

“I think now financial power is massive compared to what it used to be,” Noble said. “Players coming into the game from all around the world and teams can sort of handpick the best players from different leagues to come to the Premier League.

“Things, I think, used to be a bit more level but the best managers are probably in the Premier League now, the best players. You’ve seen how many English clubs are in the latter stages of European competitions now, it’s fantastic.”

It is City, too, who have this week provided Noble with one final piece of assurance that now is the right time to walk away.

“I was saying to Craig Dawson earlier, I’ll be laying on a beach next year when he’s playing against Erling Haaland!”