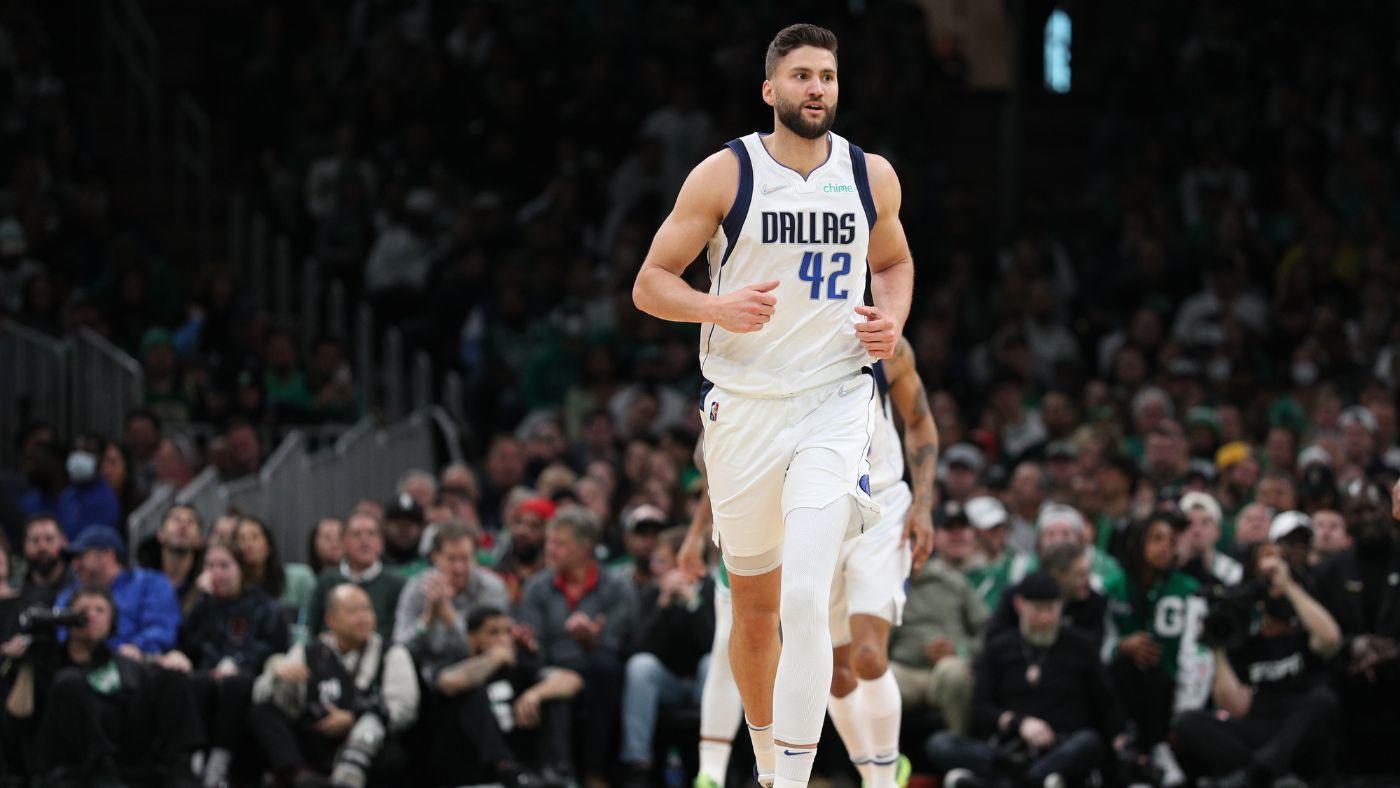 Maxi Kleber and the Dallas Mavericks are close to an agreement on a three-year, $33 million contract extension, according to The Athletic’s Shams Charania. The deal will be fully guaranteed, so the big man will be under contract until the end of the 2025-26 season, per The Athletic.

In five years with Dallas, Kleber has become an important part of the Mavericks’ rotation. They’ve asked him to guard Kawhi Leonard in the playoffs, and, this past season, he allowed them to play 5-out offense after trading Kristaps Porzingis. Kleber will turn 31 in January.

At $11 million per season, Kleber is a bargain. Every team needs switchable defenders who can space the floor, and there aren’t many of them who can credibly play center. Kleber is the type of role player who can swing playoff games — in April, he got hot in Game 2 of the first round and broke the Utah Jazz’s defense:

That’s the best version of Kleber. If he did that kind of thing all the time, an $11 million annual salary would be ludicrous. Kleber scored a total of 10 points and shot 2-for-10 from 3-point range in the next three games against Utah, then dropped 19 in the opener against the Phoenix Suns, shooting 5-for-8 from deep. He was crucial in the Suns series, helping Dallas pull off a massive upset, but then struggled offensively against the Golden State Warriors in the conference finals. It wasn’t just that he shot 5-for-19 from 3-point range; it was that, after going cold, he turned down some open looks.

Ideally, that experience will be clarifying for Kleber. If it wasn’t obvious already, the playoffs demonstrated that the Mavs are at their best when they have four shooters spacing the floor for Doncic. When Kleber is open on the perimeter, he needs to shoot without hesitation. Dallas surely believes his 32.5-percent mark in the 2021-22 regular season is less representative of his ability than his 41-percent mark the year before.

For the Mavs, retaining Kleber on a team-friendly deal gives them options. Their frontcourt rotation is crowded now that Christian Wood and JaVale McGee are in the mix, and their roster is full of solid players on good contracts. (They should have offered Jalen Brunson a three-year, $56 million extension a year ago, but at least they managed to get Dorian Finney-Smith to sign one.) In the short term, Jason Kidd’s coaching staff can experiment with various lineup combinations; in the medium term, the front office, led by Nico Harrison, can bundle players and picks in trade proposals. Dallas doesn’t have a co-star for Doncic yet, but it has many sub-stars, Kleber included, who complement him.