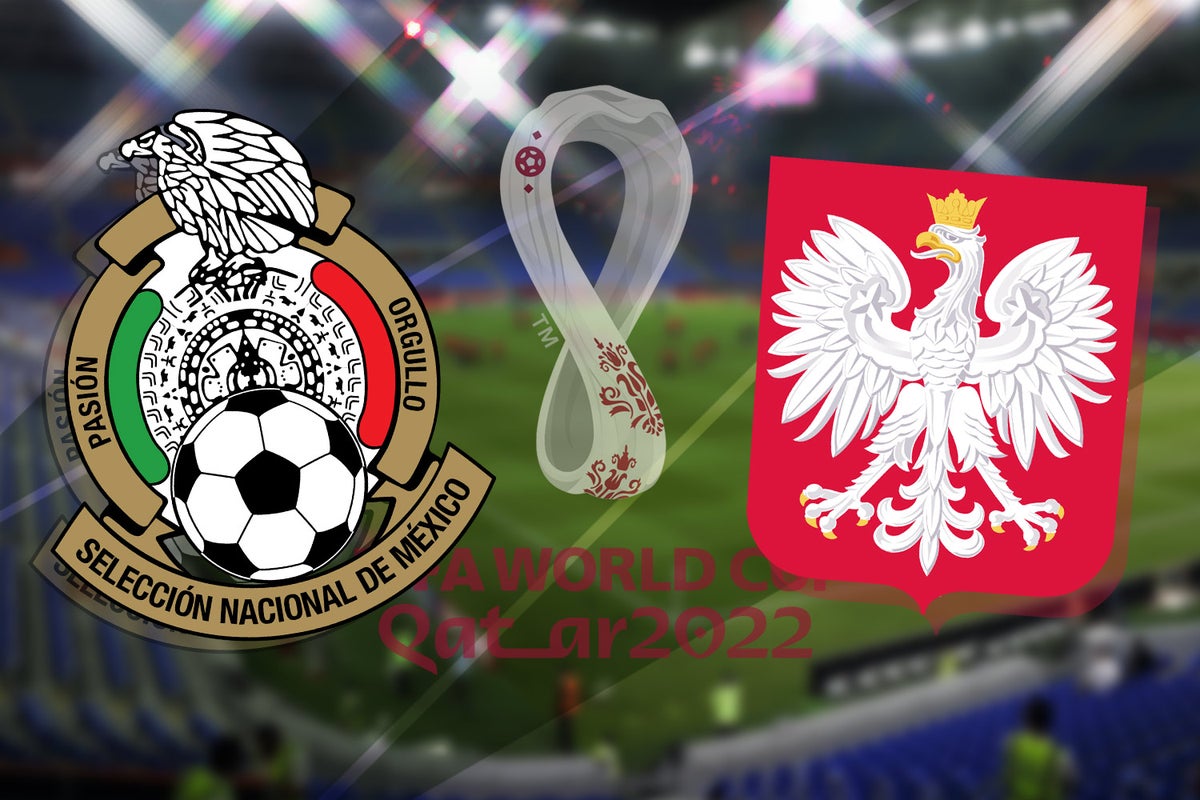 exico and Poland meet in what to many looks like a straight shootout for second spot in Group C.

With Argentina widely expected to top the group and Saudi Arabia not particularly fancied, the battle to finish as runners’-up could well be on. Clearly, things rarely work out as simply as that, but an early win for either could really make a statement.

Both countries boast vast experience in major tournament football but rarely truly threaten to embark on a deep run, making it an interesting affair.

There are dissenting voices in Mexico surrounding manager Tato Martino and his brand of football, with goals hard to come by. Poland, meanwhile, were little better than awful at Euro 2020 and will surely be entering the final days of their time with Robert Lewandowski, but do boast quality in midfield.

The World Cup game is scheduled for a 4pm GMT kick-off time on Tuesday November 22, 2022.

Stadium 974 in Doha will host.

Where to watch Mexico vs Poland

Live stream: The BBC iPlayer and BBC Sport website (both free with a subscription) will offer live streams.

Martino could anger Wolves by fielding Raul Jimenez from the start on Tuesday. The striker has not played all too often in the Premier League of late and returned to Mexico for World Cup preparation, yet could lead the line in Doha.

Primed and ready: Despite a lack of action at Wolves, Raul Jimenez looks set to start for Mexico

For Poland, there are no fresh injury concerns at this stage.

A very hard game to predict, but the likes of Piotr Zielinski do offer Poland a midfield creativity lacking in the Mexico side.