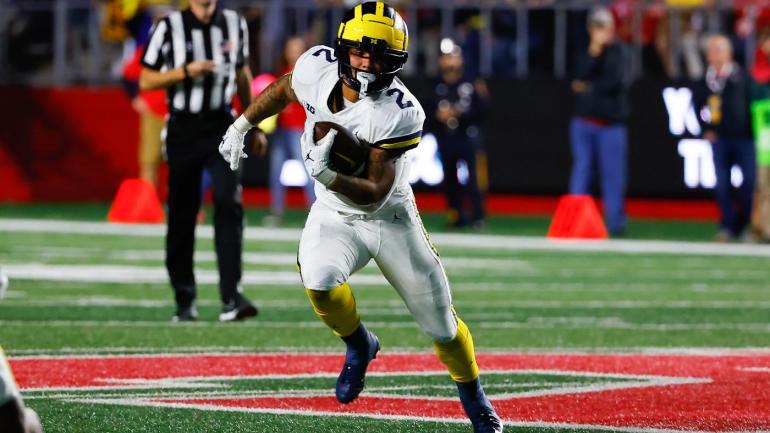 Michigan running back Blake Corum is returning to Ann Arbor for another season, but he might have some trouble getting around for the time being. Corum reported his car stolen earlier this month, per Ann Arbor Police Department records.

Corum’s snow-camouflage-wrapped 2017 Camaro was allegedly stolen from an Ann Arbor parking garage between Jan. 13 and Jan. 16, according to the police report. The good news is that it should be fairly easy to identify because the car also features Corum’s BC2 logo.

In the age of NIL, it’s not uncommon to see players of Corum’s caliber receive a car as part of an endorsement deal. However, Corum says this vehicle was especially close to his heart because his parents gave it to him as a present for his high school graduation.

“Wasn’t NIL funded, my parents used their hard earned money to bless me with something nice after I graduated high school,” Corum tweeted. “God bless whoever stole it.”

While Corum waits for his Camaro to be returned, he has shown an ability to get around rather quickly on his own two feet. In the 2022 season, Corum led Michigan to another championship season with 1,463 yards rushing and 18 touchdowns, which led the Wolverines by a wide margin. Unfortunately for Corum and the Wolverines, a knee injury kept him out of the Big Ten title game and the College Football Playoff.

On Jan. 9, Corum announced that he would be returning to Michigan for his senior year, and he cited “unfinished business” as one of the biggest reasons.