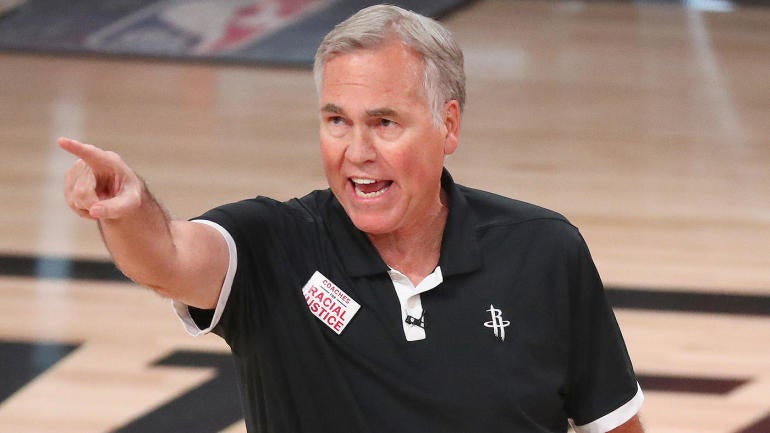 Mike D’Antoni is in a strong position to land the Charlotte Hornets head coaching job, according to Marc Stein. D’Antoni, the 71-year-old innovator behind the Seven Seconds or Less offense, has coached five NBA teams in his career: the Denver Nuggets, Phoenix Suns, New York Knicks, Los Angeles Lakers and Houston Rockets. The Hornets would be No. 6. D’Antoni led both the Suns and Rockets to the Western Conference finals, but has never reached the NBA Finals.

D’Antoni would be replacing a coach in James Borrego with whom he shares many similarities. Borrego, like D’Antoni, prefers smaller lineups and emphasizes offense. Borrego’s defensive issues were part of what cost him his job with the Hornets, but D’Antoni comes with a number of other positives that seemingly appeal to Charlotte.

The Hornets are reportedly looking for a veteran coach that can connect with star guard LaMelo Ball. D’Antoni certainly fits the bill. He turned Steve Nash and James Harden into MVPs, and the Hornets surely hope he could do the same with Ball. Hornets president of basketball operations Mitch Kupchak worked in the Lakers front office that hired D’Antoni, though Jim Buss was also heavily involved in that hire.

Many of Charlotte’s defensive issues boiled down to its roster. The Hornets never found a strong, defensive center to protect the rim, and as such, Borrego had to make the best of the smaller rosters he was given. If the Hornets, who have two first-round picks in June’s draft, can get D’Antoni the center he needs, perhaps he can construct a passable defense to pair with a potentially lethal offense.

5 Letter Words with ELD in Them – Wordle Clue

5 Letter Words with IEH in Them – Wordle Clue

5 Letter Words with IHE in Them – Wordle Clue